If we can’t do a deal with Europe, leaving it should hold no terrors


Daniel Hannan is a writer and journalist, and has been Conservative MEP for South East England since 1999. He speaks French and Spanish and loves Europe, but believes that the European Union is making its constituent nations poorer, less democratic and less free.

In opposition, David Cameron tried to stop his party gnawing at the European question. “Instead of talking about the things that most people care about, we talked about what we cared about,” he told his first Conservative conference as leader in 2006. “While parents were worried about getting the kids to school, we were banging on about Europe”.
In the next couple of weeks, the PM plans to bang on about Europe in an unashamedly radical way. He wants a different settlement with the EU and, if reports are to be believed, he will put that settlement to a referendum, offering us a choice between staying in on his new terms or leaving.

What has changed? Why, having meticulously avoided the subject, is Mr Cameron now proposing the most substantial change in our European policy in 40 years of membership?
One reason is that government has opened many ministers’ eyes to the extent of Brussels jurisdiction. The example that Mr Cameron gave in that 2006 speech – parents worried about getting their kids to school – is instructive. I remember the time well. My elder daughter had just started at school, and what was exercising parents at our school gates was the law that required us to ferry our kids around in car seats until they reached the age of 12 – a law that turned out to have come from Brussels.

Whether or not booster seats are desirable, it is hard to see why they need to be decreed at a continental level. It’s the same story with bin collections, home information packs, driving tests, vitamin supplements and hundreds of other essentially domestic issues which are now decided by Brussels.

In opposition, one Tory moderniser told me that the EU was “an optical issue”. His support for it, he frankly admitted, owed less to any cost-benefit analysis than to a sense that Euroscepticism made the party look out-of-touch and dyspeptic. Now that he is in government, dealing with EU directives, he has changed his tune.
It came as quite a shock to Downing Street, for example, when the plan to pay for various Big Society schemes with money lying unclaimed in bank accounts was challenged by the European Commission.

Just as ministers become frustrated with the EU – in what Nick Clegg, with his addiction to cliché, calls “a perfect storm” – the EU itself is more or less forcing the United Kingdom to reconsider its membership terms.

Monetary union is impelling its participants toward fiscal integration, debt pooling, a common finance ministry and thus, by implication, political federation.
The European Community of which we have been members for four decades is, in practical if not legal terms, ceasing to exist. Since almost no one argues that we should join the single currency, the question arises: what relationship should we have with the new entity that is taking shape?

Commentators talk loosely about being in a single market but not in a political union. The Norwegian and Swiss options are plumped and prodded. Jacques Delors has spoken of offering Britain a “privileged partnership”. The Union of European Federalists prefer the term “associate membership”. But we need to be specific about what a free-trade-plus relationship would look like.

Let’s start with the easy bits. Britain has already announced its intention to opt out of common policies in the field of justice and home affairs. It is almost as straightforward to pull out of joint defence and foreign policy structures.

Leaving the Common Fisheries Policy (CFP), and asserting our jurisdiction out to 200 miles or the median line, is tougher, but not unprecedented: until a decade ago, the CFP didn’t apply to the Mediterranean. As for the Common Agricultural Policy, the shift from guaranteed prices to direct support makes repatriation increasingly feasible.
External commerce is more complicated. Norway and Switzerland, to their immense advantage, are able to sign free trade deals with non-EU states. They are not constrained, as we are, by Euro-protectionism. Switzerland, for example, is negotiating a free trade agreement with China, which Britain, bound by the Common External Tariff, cannot do. We would want, ideally, to have a similar deal to the Swiss, namely access to the EU market but also the ability to trade bilaterally elsewhere.

Hardest of all is the issue of the single market. Almost everyone agrees that Britain should remain part of a European free trade area. The trouble is that Brussels defines unrelated matters as single market issues, because doing so makes them subject to majority voting. The 48-hour week is considered a single market, not an employment, measure; the emissions trading scheme is labelled single market, not environment. Since the PM has explicitly called for the repatriation of social and employment policy, and since the other members won’t want to give Britain a competitive advantage, this is where the hardest pounding will be.

Still, it is possible to envisage a solution, whereby the euro countries form a federal union, while Britain, the Efta states and possibly some other existing EU members form a broader free trade nexus around it.
Is such a deal on offer? Plenty of commentators respond to that question with Olympian authority, but no one really knows. I have spent the better part of 14 years in Brussels trying to learn the answer, and have concluded that we’ll only find out when the moment comes. We can be certain of one thing, though: there is absolutely no chance of getting an acceptable deal unless it is clearly understood by all sides that the alternative is withdrawal.

I’ve noticed that even supporters of EU membership are no longer as frightened of that prospect as they used to be. The reason is simple: the EU’s share of our trade is falling by the minute. British exports to the EU fell by 7.3 per cent in the past three months for which we have data, while exports to the rest of the world rose by 13.2 per cent.

The EU remains an important market, but it is increasingly just one market, alongside Asean, Nafta, Mercosur and the rest – and no one argues that we need to join them in order to trade with them.
All of which gives us a credible bottom line. We are in surplus with the rest of the world, but in deficit with the EU. Or, to flip it around, the EU is in surplus with us, selling more to Britain than to the US and Japan combined. Customers generally have the upper hand in their talks with salesmen.

I hope Mr Cameron strikes a deal with the EU which leaves all sides happier: everyone should want good relations with our neighbours. But, if such a deal is not available, leaving should hold no terrors. We are the seventh largest economy on Earth, the fourth military power, a member of the G8 and one of five permanent seat-holders on the UN Security Council. We are connected by law and language, habit and sentiment, to every continent. In the words of Tennyson: “Though we are not now that strength which, in old days, moved Earth and Heaven, that which we are we are.” 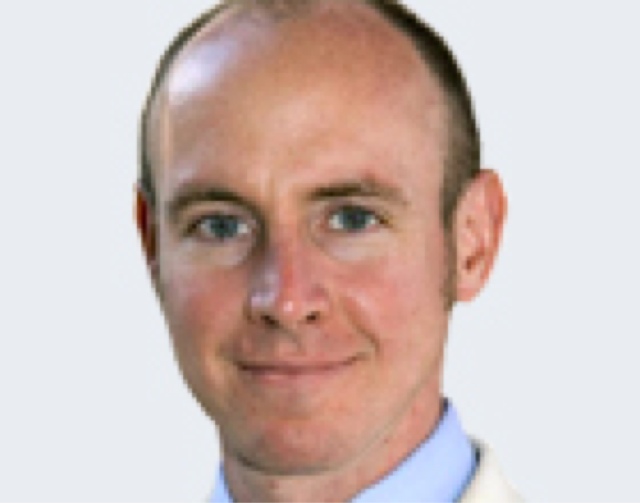 Posted by Cllr Patrick Warner at 01:21