The Commonwealth has never been stronger

The modern Commonwealth came into being in 1949, when many countries were fighting to re-establish their identities in a new world order. In the wake of Second World War turmoil, Commonwealth nations declared themselves to be “united as free and equal members, freely cooperating in the pursuit of peace, liberty and progress”.

But what relevance does this group of countries have in 2013? In this fast-moving, globalised world, has the Commonwealth kept pace with change? I would like to answer these questions with a look back at 2012, the year I became Minister of State for the Commonwealth, and a look ahead to this year.

Nearly a third of the world, over two billion people, is made up of Commonwealth citizens. From India, one of the most populous countries, to Nauru, one of the smallest, the Commonwealth family spans every continent and hosts more than 200,000 listed companies. Collectively they have real clout.

The UK is connected to all of these nations through historical ties but also through our Queen, a strong advocate of the Commonwealth, who in 2012 marked her 60th year as its head. The Royal family unifies the institution, a fact that was most recently shown in the unanimous agreement of Commonwealth realms to amend the Act of Succession. Now the first child of the Duke and Duchess of Cambridge will succeed to the throne regardless of gender. This is, I think, a symbol of a modernising institution that can move with the times.

I met the Queen when she visited the Foreign and Commonwealth Office in December. After a tour of the building she was presented with a book showing all of her Commonwealth visits – more than 150 now – and met staff who work on the modern-day Commonwealth agenda. This demonstrates our continued dedication to building and reinvigorating relationships here. We believe the Commonwealth’s soft power network adds value on the international stage and fulfils a niche role – politically, economically and culturally.

Since joining the Foreign and Commonwealth Office, I have had the pleasure of meeting a significant number of Commonwealth High Commissioners. I also attended, with the Foreign Secretary, the Commonwealth Foreign Ministers’ meeting in New York in September. It was here that discussion on the modernisation agenda was concluded, and where we reached agreement on a new charter. This sets out in a single and accessible document the values to which Commonwealth countries agree to adhere. The charter is a valuable benchmark against which to measure our words and deeds; its importance, both symbolic and concrete, should not be underestimated.

Our work on the modernisation agenda has helped to focus the Commonwealth on the importance of democracy and respect for core values. These, together with the rule of law, create the conditions in which businesses can flourish, giving them the confidence to invest and trade.

Trade in the Commonwealth is booming, with member states collectively exporting more than £1.5 trillion of goods and services each year. Research conducted by the Royal Commonwealth Society found that when two trading partners were members, their trade was likely to be a third to a half more than when one or both trade partners was non-Commonwealth. There is clearly the potential to build on this in 2013 and beyond.

But there will also be challenges. Ahead of the next meeting of Commonwealth heads of government in Colombo we will look to Sri Lanka, as we would with any host, to demonstrate its commitment to upholding Commonwealth values of good governance and respect for human rights. I also expect the Commonwealth to keep up its work in areas such as election observation, which it recently carried out in Ghana.

Given the collective weight of the Commonwealth, some, including the House of Commons Foreign Affairs Select Committee, think it is an organisation that should do better. They are right. We all want a strong Commonwealth that makes the most of its considerable assets.

In a world of many bilateral and multilateral regional agreements and associations, we shouldn’t pretend that it is the answer to everything. But it is an important institution that countries are queuing to join and that can, through dedication and reform, become stronger and speak with a louder voice than ever before.

Hugo Swire is Minister of State for the Commonwealth 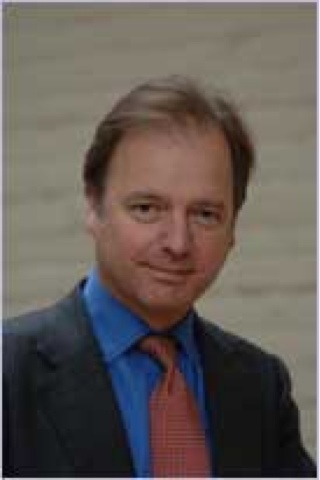 Posted by Cllr Patrick Warner at 01:17