Baroness Ashton to leave with £400,000 for doing nothing

Labour Eurocrat, Baroness Ashton will be paid £400,000 from taxpayer funds when she quits her Brussels post next year.

The EU foreign affairs supremo, whose five-year term in office ends next October, will be paid £133,500 a year until the end of 2017 for doing nothing.

Under EU rules she will be paid the cash as a “transitional allowance” based on 55 per cent of her basic salary.

The Labour peer will not have to carry out any duties to receive the cash and will be taxed at a reduced EU rate rather than paying UK income tax. EU officials insisted the allowance was necessary to guarantee the “total independence” of EU commissioners.

A Commission official said: “It’s important that commissioners don’t start looking for a new job during the last months of their mandate.

“That way they can continue to give 100 per cent to the job taxpayers are paying them to do.”

On reaching retirement age in 2021, she will be eligible for a taxpayer-funded EU pension worth £61,000 a year. 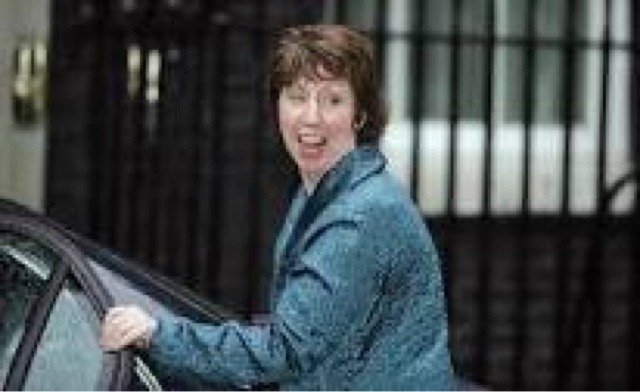 Posted by Cllr Patrick Warner at 02:15