Former Prime Minister, Margaret Thatcher has at the age of 87 passed away following a stroke and my thoughts are with her family at this sad time. 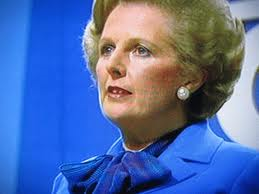 Britain's first and so far only female Prime Minister set a standard during her premiership from 1979 to 1990 that every British Prime Minister has since been judged and many are likely to be so in the future.

Her relatively humble background as the daughter of a Grocer from Grantham served as an example to many on what could be achieved if one was prepared to work hard. For me having grown up on a council estate without much money, she made it clear to me that I too had a valuable contribution to make and inspired me not only to work hard in my business life and for my family but also that I could help improve the town which I feel great pride in which to live in through my service as a Councillor.

The strength with which she lead her Government and our Nation, the change that she helped bring about not only in Britain but on the world stage, will leave a very long lasting legacy, one which should continue to serve as a reminder of the many great achievements our great country still has to discover in the future and an inspiration to every one of us to help play our part in that future.