The next two iPhones were designed under Steve Jobs, according to comments attributed to Appl'es head of government liaison.

Jobs died of a rare pancreatic disease in October 2011, but according to San Francisco District Attorney George Gascón, he had already finalised designs for two as-yet unreleased iterations of the iPhone.

Gascón's claims are based on a conversation he had with Michael Foulkes, Apple's head of government liaison, and were reported in The San Francisco Examiner.

The pair met to discuss ways of reducing the rate of theft in the city, such as by introducing "kill-switch" technology to forthcoming devices. Gascón described Apple's response as "very underwhelming", as the Foulkes told him the next two iPhone designs "preceded Tim Cook", Jobs' successor as chief executive.

He said Foulkes was "almost like someone who’s been trained in the art of doing a lot of talking and saying nothing".

Given complicated supply chain and development process needed to create a smartphoen, industry insiders were not surprised that the next iPhone, likely to be the iPhone 5S, was designed at two years ago. Jobs was on medical leave from January 2011 until his death.

"Having worked in a phone company I think it's a given," said Horace Dediu, a former manager at Nokia and well-known Apple analyst. "Work under way now is for products shipping in 2016."

The news has excited Apple fans, however. Many credit Jobs' design focus for much of the firm's huge success in the last decade and the firm does not normally discuss its processes or forthcoming products.

Gascón came away disappointed. He had hoped Apple would lead an industry effort to make stealing smartphones a less profitable crime.

British operators already collaborate to block stolen handsets, but they can still be sold and used abroad, so a system backed by manufacturers such as Apple could be more effective. 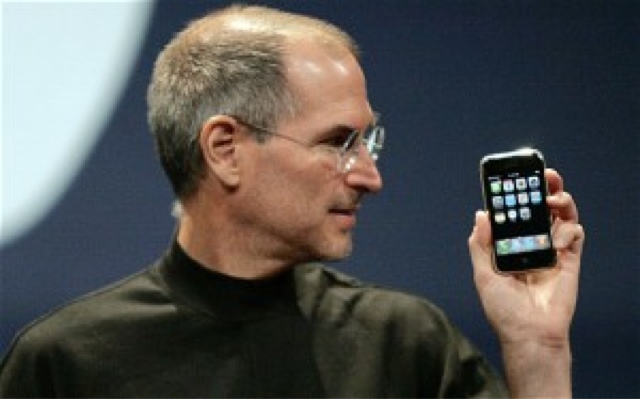 Posted by Cllr Patrick Warner at 22:38