The Times says - Young ambitious business women flock to Eastbourne - the fourth best place to live by the sea!

Eastbourne has another accolade being the fourth best place to live by the sea in the UK according to The Times; and the sunny town is also becoming a hub for young business women.


The Times announced, in a recent article, the 30 voted best places to live by the sea and Eastbourne came fourth, storming ahead of neighbour Brighton who was in ninth place.


Eastbourne is a delightful place to live, being the sunniest place in Britain and offering younger visitors the elegant prom, ice-cream parlours, water activities, sports facilities and a trendy marina. 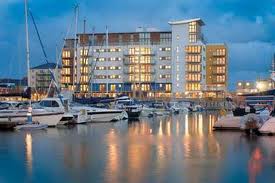 In addition, Eastbourne is attracting a younger and in particular female audience as Duport.co.uk research shows that Eastbourne had the highest percentage of female director appointments in the UK last year.


Tourism Development Manager for Eastbourne, Annie Wills said “Our sunny town has had a gradual transformation over the last few years, with many attractions and events suited to the younger audience. We are trying to have an event for all age groups for visitors and residents of Eastbourne and it is very exciting to be voted the fourth best place to live by the sea.”


Despite Eastbourne sometimes being associated with the older generation, research showed that 15-29 year olds made up 18.5% of the population just two years ago and the current average age in Eastbourne is now 42.


It is thought that with the introduction of youthful events such as Eastbourne Extreme and the two beer and cider festivals along with Towner, the award winning contemporary art museum that opened in 2009, Eastbourne is attracting a younger generation.


With many areas being regenerated such as the Arndale Centre and the Devonshire Park area. Eastbourne has many business opportunities in the pipeline. This could be the reason that many of the young, female and ambitious are flocking to Eastbourne.


This year the Eastbourne events calendar is looking more exciting than ever with Magnificent Motors on 4-5 May, Eastbourne Cycling festival on 2 June, The AEGON International Tennis on 15-22 June, Eastbourne Extreme on 13-14 June Airbourne on 15-18 August and the Eastbourne Beer festival on 10-12 October. There is also an additional beer and cider event on 24-26 May.


For more information go to www.visiteastbourne.com
Posted by Cllr Patrick Warner at 02:38