Vile product of Welfare UK: Man who bred 17 babies by five women to milk benefits system is guilty of killing six of them

- Mick Philpott treated his children like cash cows generating £60,000 a year in benefits
- He plotted to set fire to the family home with his wife Mairead to frame Philpott’s former live-in lover Lisa Willis
- The gamble was to save the youngsters, win back custody and get a bigger council house
- After he was convicted, it also emerged that ‘Shameless Mick’ faces a fresh police investigation for allegedly raping a woman
- He was jailed for trying to kill a schoolgirl lover, stabbing her 27 times after she ended their relationship
- He planned to ‘get rich quick’ – turning funeral funds donated by the local community into Argos vouchers

He treated his 17 sons and daughters like cash cows – generating a staggering benefits income of £60,000 a year.

The drug-taking layabout, who embodies everything that is wrong with the welfare state, was still smiling even after being convicted of killing six of his children.

Together with his wife Mairead and friend Paul Mosley, he plotted to set fire to the family home in an appalling attempt to frame Philpott’s former live-in lover Lisa Willis.

The deadly gamble was to save the six youngsters, blame Miss Willis, and win back custody of five children who had recently moved out of the cramped three-bedroom semi with her.

A bigger council house was also on the agenda.

As the cynical trio were found guilty at Nottingham Crown Court of manslaughter, Philpott’s sister-in-law, Bernadette Duffy, screamed: ‘You murdering b*******. I knew it from day one.’

Incredibly, the tragic Philpott chlldren were not being regularly monitored by social workers despite dangerous living conditions and their father’s notorious appearances on national television where he boasted of his sex-obsessed and benefits-funded lifestyle.

As an inquiry was launched into the case, it also emerged that:

'Shameless Mick’ faces a fresh police investigation for allegedly raping a woman who went on to bear one of his children.

He was jailed for trying to kill a schoolgirl lover, stabbing her 27 times after she ended their relationship.

Yesterday Philpott, 56, shouted obscenities before saying ‘it’s not over yet’ moments after Mrs Justice Thirlwall asked for the verdicts to be received in silence ‘out of respect for the memories’ of the children he had killed.

But with typical arrogance, Philpott, who infamously appeared on the Jeremy Kyle Show to demand a bigger council house, crossed himself, waved and smiled as he was led away.

The court heard how Philpott lived with his wife, Miss Willis and their combined 11 children in his cramped three-bedroom council house in Allenton, Derby.

But he was left irate after Miss Willis, 29, became disillusioned with his ‘domineering behaviour’ and summoned the courage to escape the unconventional family home with her five children early last year.

That decision to leave, taking with her more than £1,000 a month in benefit payments, was the ‘catalyst for everything that was to follow’.

Miss Willis, a cleaner, was due to face Philpott at a custody hearing just hours after the blaze and Philpott became the ‘driving force’ of a heinous plan to set her up, the court heard.

He began telling friends she had threatened his home and his children, something he would ‘use in court to get his children back’.

Less than a fortnight before the fire, he reported to police that she had made a telephone threat to kill him.

Philpott calculated that a fire could also land him a new, bigger council house – something he had been demanding from the local authority ever since his notorious appearance on Jeremy Kyle in 2006.

On May 11 last year, after Philpott had a sordid sex session with his wife and Mosley on their home snooker table, the fire was lit, with the intention that the six children sleeping upstairs would be saved through an upstairs window, with Philpott both ‘the hero and the victim’.

But the idiotic plan went disastrously wrong. Too much petrol was used and the fire burned out of control – leaving Philpott unable to reach the children in temperatures approaching 1,000F.

After the fire, the brand of petrol which was discovered on the clothing of all three defendants was also found in the U-bend of the sink inside the house.

Petrol on Philpott’s clothing was also found inside the front door. He simply claimed that fuel was found because he had not washed for three months.

Facing jail: Maired and Mick Philpott embrace at their home

While his wife was seen to be distraught, Philpott was overheard afterwards saying: ‘It wasn’t meant to end like this.’

During a fortnight of surveillance at the hotel where they were put up by police in May, the couple were heard whispering about the case, with Philpott recorded telling his wife to ‘stick to your story’.

The couple were charged by police on May 30 in connection with the deaths and Mosley was arrested in the months afterwards, having told a friend the plan had been for him to rescue the children.

Police initially charged the trio with murder but downgraded this to manslaughter because while their actions were sickeningly reckless, the defendants had not intended to kill the six.

‘This past year has been a very difficult time for our family as we have had to come to terms with what Michael and Mairead and Paul Mosley have done,’ she said.

‘We can now attempt to move on and our six angels can rest in peace.’

Mrs Philpott’s family said the children had been taken away in the ‘cruellest way imaginable by the very people who were supposed to love and protect them.’

Her sister Bernadette, who was ejected from the courtroom, said she was convinced of the Philpotts’ guilt from the outset.

Derbyshire Police said a serious case review will examine ‘Mairead’s role as a mother’ as well as the extent of any involvement social services may have had with the family.

Andrew Bunyan, of Derby City Council, said questions would be asked as to ‘whether there are immediate changes that need to be made to the way local services operate to safeguard children’.

‘The local safeguarding children board will review the work of the agencies involved, even if, as in this case, the children were not subject to child protection plans or legal orders,’ he added.

He added that Philpott’s erratic behaviour since the fire, including a ‘childlike performance’ at the infamous police press conference, has been nothing more than a ‘sham’. 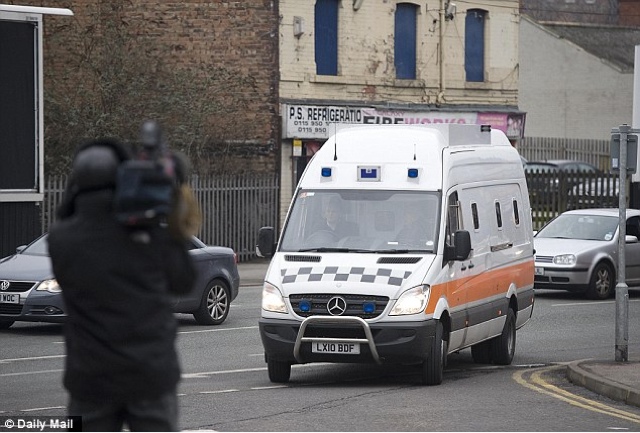 Posted by Cllr Patrick Warner at 15:20