Farage & Milliband partnership? No way, BluKIP is the way forward

The Sunday Telegraph reports; Nigel Farage, the leader of Ukip, has said he would be prepared to work with Labour if Ed Miliband’s party wins the next General Election.

Mr Farage also identified Boris Johnson as a future Tory leader he would be willing to work with, raising the prospect of a so-called “Borage” partnership.

The Ukip frontman has previously ruled out any deal with the Conservatives while they are led by David Cameron.

Asked in an interview with The Telegraph if his eurosceptic party could work with Labour, Mr Farage said: “If we found ourselves in the position post 2015 where we could do a deal that could usher this country’s exit from political union in Brussels, we’d do a deal with the devil.”

The novel alliance would depend on Ukip winning its first seats in Westminster at the election in two years’ time. It could also raise eyebrows amongst the party’s supporters — many of whom are disaffected Conservatives.

One scenario being talked about by senior Ukip figures would see the party’s MPs abstain from key parliamentary votes if Labour was in power — but only if Mr Miliband’s party had committed to holding a referendum on Britain’s membership of the EU.

Labour have consistently refused to say whether they will agree to hold such a public vote in their 2015 manifesto. Ed Balls, the shadow chancellor, said recently: “We’ve absolutely not rule out a referendum.”

This news however will surely send a chill down the spines of most ordinary voters who understandably have become frustrated at the waste and over-regulation that spews out if Brussels on a daily basis, which often only we seem to follow. The fact that Labour lead by Blair and Brown and assisted closely by Milliband and Balls took us deeper into the EU and can surely not be trusted to take us out or even fight for a better deal, defies belief that the UKIP Leader could consider working with Milliband in a post 2015 Government should UKIP manage to return any MP's.

For me and I suspect many other ordinary people up and down the country, the prospect of a Conservative Government made up of predominantly Euro-sceptic MP's, supported by a party in the country who are similarly Euro-sceptic but sensible enough to strengthen business ties outside Europe whilst making every effort to ensure that a better deal can't be achieved before turning our back has to be a far more reassuring than electing UKIP in frustration only to find they help Labour finish us all off once and for all.

So as a proud Conservative Candidate in Eastbourne, standing in the East Sussex County Council elections next month, I will be continuing to project my 'BluKIP' stance on the doorsteps. That is to say that I understand your frustrations and I feel very optimistic about the prospect of our nation, unrestricted by the EU, getting over the economic mess left by Labour, gaining an outright Conservative majority at the next election and then going from strength to strength.

If you share that view, only by voting Conservative next month do you stand a cat I hells chance of moving forward to a more prosperous and stable future.

Source: first 7 paragraphs, www.telegraph.co.uk and personal comment for the remainder. 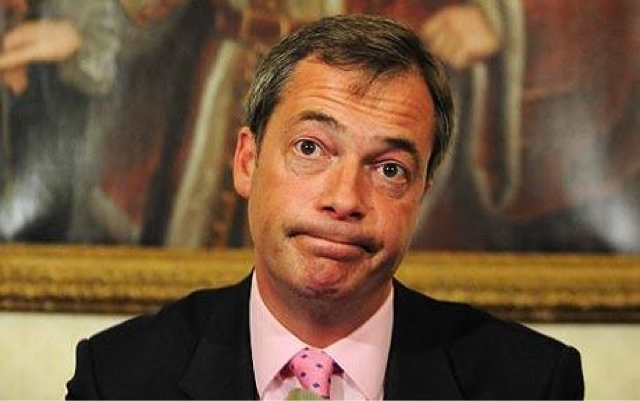 Posted by Cllr Patrick Warner at 01:56