Writing from Melbourne, where I’m looking at Australia’s robust policies to protect itself from animal and plant disease, the papers are dominated by the death of Margaret Thatcher. Like the media back home, they reflect on her role as Britain’s first female Prime Minister and her three convincing election victories. 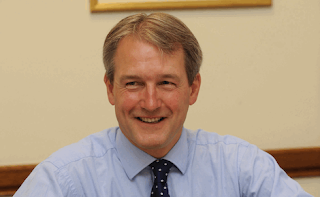 I first became aware of her when I was an undergraduate at Cambridge in the mid 1970s. The Heath administration had just ended in failure and been replaced by a Labour government with no greater ambition than maintaining its precarious parliamentary majority and passively allowing our nation to decline. Our economy was shrinking, the IMF was about to be called in and the unions were holding us to ransom. A once-proud nation was commonly referred to as the “sick man of Europe”. For years, this had been the accepted trajectory for post-war Britain. One woman flatly refused to accept this narrative.

I arrived in communist Prague on the morning of Margaret Thatcher’s first, epic, victory. We retired to a famous watering hole, U Zelene Zabe (At the Green Frog). I spoke to the head waiter (greasy uniform, minimal menu, Soviet style rudeness) in German at first. But as soon as he realised that we were British, he swept aside a table of arrogant commissars, brought some bottles of sickly champagne and announced, memorably, “Congratulations Mrs Thatcher! If you in Britain have seen that socialism has failed, freedom will inevitably come to us but it will take ten years.” He was spot on.

From the beginning, Margaret Thatcher knew exactly where she wanted to take this country and how. Through unshakeable conviction and true bravery, she transformed our country by taking a series of enormously difficult decisions. As the daughter of a small businessman, she knew all about hard work and aspiration as the keys to a prosperous, confident society. She understood that government could destroy a business by draining it of money through excessive taxation and stealing its time with unnecessary regulation. Working in business on Merseyside throughout her time in office, I was willing her on as she set about reinvigorating a sclerotic economy by deregulating business, cutting taxes, controlling inflation and taming the unions.

Her first chancellors, Geoffrey Howe and Nigel Lawson, played their part by reducing the crippling burden of taxation that they’d inherited from the Labour government and putting in place a share and property-owning democracy. The top rate of tax on labour income was reduced from 83 to 40 per cent and the first of more than 50 privatisations began, generating more than £50 billion for the Exchequer and enabling millions of people to gain a stake in the stock market. She gave the control of the unions back to their members and weakened the clammy grip of the union bosses that for so long had been at the throat of British industry.

The success of Thatcherism, and its desire to let people get on in life, shifted the centre of gravity in British politics and economics so dramatically that Tony Blair realised that Labour would have to disavow many of its founding principles in order to get elected. To this day, politicians from around the world continue to pay tribute to her by adopting her policies. On the environment, my current brief, we owe her an enormous debt. The rivers of Britain were in a disgraceful state by the 1970s, with several, including the Thames, having been declared “biologically dead” many years earlier. The sewers were falling apart, the pipe network was broken and there was no prospect of public money to reverse this.

The Thatcher Government’s bold decision to privatise the water industry, in the face of opposition from the trade unions and other vested interests, has since created one of the most competitive water industries in the world and levered in private investment of more than £100 billion. This unprecedented investment has also delivered huge environmental benefits. We now have otters in every region of the UK; salmon and trout have returned to many of our rivers and streams for the first time in generations.

In the 1970s, the Austin Allegro was all you needed to know about the state of the British car industry. By encouraging greater competition and stopping the subsidisation of failure Mrs Thatcher started the industry out on the long path to being the world leader it is today. She was personally involved in bringing Nissan to the North East and Nissan’s Sunderland plant is now the most efficient in Europe.

Mrs Thatcher’s lifelong commitment to freedom and democracy didn’t just apply to Britain. As I emerged from a strip search at Leningrad airport at the beginning of April 1982, I was shocked to see a day old copy of the Daily Mail with a photo of Royal Marines surrendering to Argentine forces in Port Stanley. Expecting Britain to give way meekly, the Junta, like so many others, had underestimated her resolve. She realised that self-determination is the basis of freedom and however small the state may be, its right to choose who governs it is inviolable. Her unflinching commitment to the Islanders saw the war through and the result was the end of a loathsome regime in Argentina and a rebirth of the South American economies, based on free enterprise and democracy.

Over the course of that next decade, I spent much of my time abroad exporting. I knew Eastern Europe well before the Wall came down. I saw firsthand the appalling impact the Soviet Union had on the lives of ordinary people. Mrs Thatcher stood shoulder to shoulder with Ronald Reagan to face down Soviet expansionism. She was also the first statesmen to declare that Gorbachev was a man with whom the West could do business. It was an astounding achievement to end the Cold War peacefully. Millions of people were suddenly free to enjoy new found freedoms. It was inspiring to work with Eastern Europeans who had been held back for decades by communism. We should be extremely proud of the role Mrs Thatcher played in bringing economic and political liberation to so many.

While I wasn’t in the Commons at the same time as Mrs Thatcher, whenever I met her she was always interested, informed and unfailingly courteous. Denis was always sharp and never failed to crack a joke. Our sympathies go to her family. I hope they will take solace in the staggering achievements of their mother. She not only helped transform this country but helped improve the lives of millions around the world.

Margaret Thatcher had real conviction and true courage. She picked up a country which had lost its confidence and ambition. She left a country holding its own and walking tall. The legacy she leaves our party, our country and the world is a remarkable one. We owe it to her to build on this.

Via Conservative Home
Posted by Cllr Patrick Warner at 05:33