Official figures show Crime is down by 10%

Encouraging crime figures have been released by the Office for National Statistics.
The figures show that crime has fallen in every police force area in England and Wales and is now down by over 10% since the General Election.

Figures across individual crime categories are also positive. Violence against the person fell by 6% in the latest figures, which are for the year to December 2012, robbery is down by 13% and criminal damage is down by 15%.

The fact that crime has fallen despite the necessary cuts being made to policing budgets is particularly encouraging. It shows that the Conservatives in Government’s decision to reduce bureaucracy for the police and to sweep away multiple targets in favour of one – reducing crime – are working. 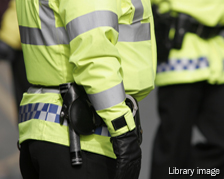 Posted by Cllr Patrick Warner at 14:20