More than £4 billion of taxpayer cash is "disappearing" from the European Union budget every year because officials are failing to get a grip on fraud, a damning parliamentary report said today.

Peers on the European Union Select Committee found fraud against the taxpayer could be up to 12 times worse than Brussels officials will admit.

The committee said it believes frauds ranging from cigarette smuggling to bribery and corruption "never see the light of day" because the EU has failed to grasp the scale of the problem. This is because some member states are reluctant to report suspected cases and others fall through the gaps of a "tangled web" of EU investigation agencies.

It estimated against the European Union budget is likely to be around €5 billion (£4.3 billion) every year, or "maybe even more".

Official European Commission figures reporting fraud of €404 million show just a "glimpse" of the scale of the problem, the committee said.

British taxpayers are affected because they contribute just over one in ten pounds spent every year by the EU - making the fraud against the UK Treasury almost £500 million.

The committee criticised the fact that Brussels officials seem to have "no reliable estimate of the extent of fraud committed against the EU's budget".

Lord Bowness, a Conservative who led the sub-committee in charge of the report, said the UK Government should do more to help.

“Money is tight for everyone, right across the European Union," he said. "It is extremely worrying that so much money is disappearing from the EU’s budget without anyone really having a handle on where and why it is happening and – most importantly – who is responsible.

“That we have no control over how other member states organise their affairs is a given, but what we can – and are failing - to do, is to monitor what is happening on our own doorstep. The Committee were extremely alarmed at the lack of both engagement from and, seemingly, interest in the huge financial problem that fraud committed against the EU budget is in the UK."

A spokesman for the European Commission said the vast majority of fraud and error "occurs at member state level, rather than in 'Brussels'".

He said the Commission's official figures are based on reporting by individual countries, which have been asked repeatedly to improve detection.

"The Commission has put forward over a dozen proposals / initiatives to improve the fight against fraud in EU funds," he said. "It is constantly calling on member states to take their responsibilities more seriously in protecting the EU budget."

Pawel Swidlicki, a research analyst for Open Europe, a campaign group, said the EU is "particularly vulnerable to ineffective spending but also fraud and mismanagement".

"This report also highlights the extent to which accountability over EU spending falls into a black hole between the Commission and Member states, with both blaming each other while the problems remain mostly unaddressed," he said.

Philip Bradbourn, a Conservative MEP, said the "hard-hitting report reinforces what Conservative MEPs have been highlighting for a long, long time, that fraud and misuse of money is simply not taken seriously enough within the EU."

Marta Andreason, another Conservative MEP, who recently defected from Ukip, told the committee "all of the [EU's funding] programmes are vulnerable" to fraud.

She said "criminal elements" are able to "game the system".

David Cameron has repeatedly urged the EU to overhaul its civil service and cut down wasteful spending. He is currently trying to make the case for reform with other leaders of EU countries. 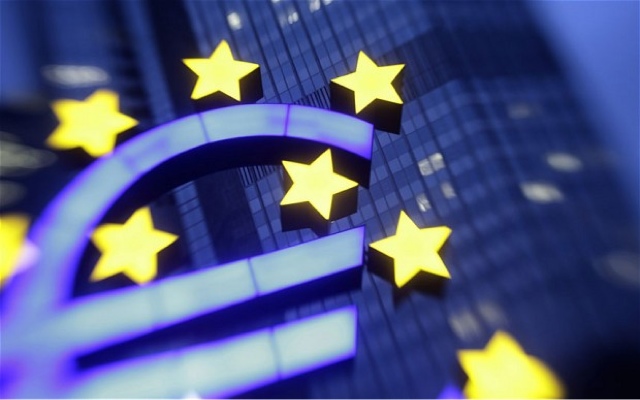 Posted by Cllr Patrick Warner at 15:39