Boris Johnson as Tory leader 'would wipe out Labour lead'

Boris Johnson would wipe out Labour’s lead in the polls if he took over from David Cameron as Conservative leader, a new survey has revealed.

The research suggests the London Mayor’s popularity increased after he was grilled by the BBC about an alleged extra-marital affair and other misdemeanours live on air this week.

A YouGov poll for the Evening Standard showed the Conservatives would be neck-and-neck with Labour in the polls on 37 per cent of the vote if they were led by Mr Johnson.

It found just 31 per cent of people would vote Tory under Mr Cameron, putting him far behind his colleague and potential rival.

Given the choice between the two men, around 38 per cent of people opted for Mr Johnson as leader, while 33 per cent chose the Prime Minister. This was a bigger gap than when the question was asked in October.

The so-called “Boris Bounce” appeared to be driven by support from younger people, and those who are currently planning to vote for the UK Independence Party.

Conservative supporters preferred Mr Cameron by a margin of 58 per cent to 29 per cent.

However, Ukip supporters opted for Mr Johnson by 51 per cent to 21 per cent.

The poll was carried out in the days after Mr Johnson floundered as he was questioned on the BBC’s Andrew Marr Show over episodes from his past.

Eddie Mair, the interviewer, quizzed him about an alleged extra-marital affair, fabricating quotes as a journalist and agreeing to help a friend with a plot to get someone beaten up.

The London Mayor has dismissed complaints about his treatment, saying it was the BBC’s job to “have a bash” at him.

The poll will add to pressure on Mr Cameron who has been the subject of speculation about his leadership after the Conservatives suffered a bruising defeat to both the Liberal Democrats and Ukip in the Eastleigh by-election.

It will also add to Mr Johnson’s reputation for brushing off embarrassing incidents.

The London Mayor was interviewed on the BBC ahead of a documentary about his life by political film-maker Michael Cockerell.

In the hour-long piece, Mr Johnson admitted for the first time that he would “of course” like to take over from David Cameron as leader of the Conservatives.

In a series of interviews, many of his friends, family and colleagues portrayed the London Mayor as a canny operator with deep ambition beneath his bumbling exterior.

His sister, the journalist Rachel Johnson, said the London Mayor "sees life as a competition and he always wants to be top".

Sir Max Hastings, who was his editor for nine years, also said the politician genuinely is chaotic but has "discipline when he wants to have it".

Mr Johnson is not even an MP anymore and has three years left as Mayor of London. However, he could return to Parliament after the next election if a Conservative MP were willing to give up their seat for him, triggering a by-election. 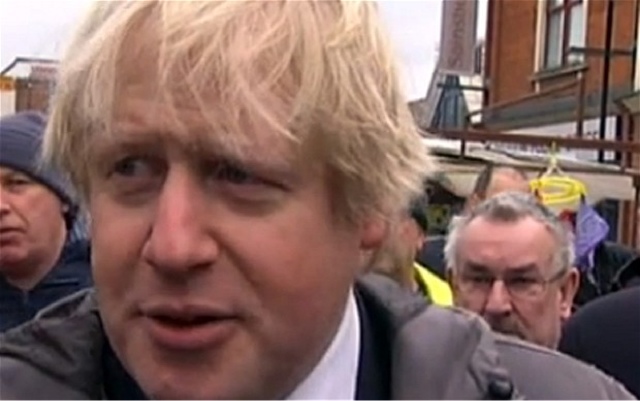 Posted by Cllr Patrick Warner at 15:49