The coldest March for 25 years could actually mean we eventually enjoy a spring heatwave, forecasters have predicted, as blizzard conditions bring further chaos to country.

Over the weekend thousands of households lost power, motorists were stranded, trains delayed and runways closed due to a combination of gale force winds and snow.

A young man died struggling through a blizzard in Lancashire after being dropped off by a taxi that could not go any further in the snow.

The Met Office warned the freezing weather will continue into next week, with dangerous driving conditions for commuters on Monday because of ice on the roads and drifting snow. Wintry showers will continue all week and the first “White Easter” in five years is possible.

Temperatures will struggle to get above 2C, some 10C lower than average and feel even colder in the sharp winds up to 45mph. At night the mercury will plunge to -5C in most places and -10C in rural spots.

The freezing conditions are being caused by a “blocking” pattern of high pressure to the north east of Britain bringing in cold winds from Scandinavia.

However the Met Office 3 month forecast suggests that the same pattern could also bring a welcome heatwave by the end of spring.

Just a nudge to the south will mean winds come in from much warmer parts of the Continent. Even if that does not happen, as the interior of Europe warms (including Scandinavia) it will mean that the UK enjoys much warmer weather and will be protected from westerly gales.

The forecast reads: “By late spring, blocking patterns can bring warmer-than-average conditions to northern Europe and the UK.”

Dr Liz Bentley, of the Royal Meteorological Society, said the “blocking pattern” that has caused cold winters and springs in the UK recently has been blamed on climate change as melting Arctic ice could have caused the high pressure to move south – just north east of Britain.

She also said the pattern could mean a warmer spring.

She pointed out that last year’s warm spring was caused by a similar blocking pattern, except it was a littler further south.

Dr Bentley said it was likely to be the coldest since 1986 when the average temperature was 3C.
The last time it snowed on Easter Sunday was on 23rd March in 2008, when about half an inch fell in north east England.

The Met Office forecast another weather front could come into the South West from Thursday, causing rain and snow, but it is not yet clear where the snow will fall or how much. 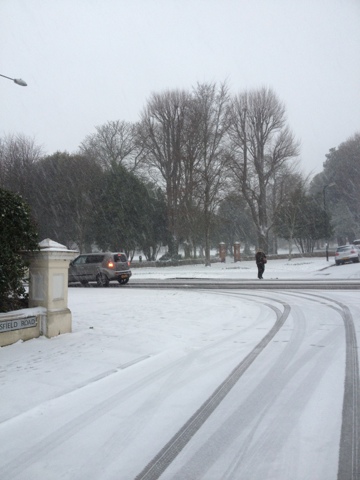 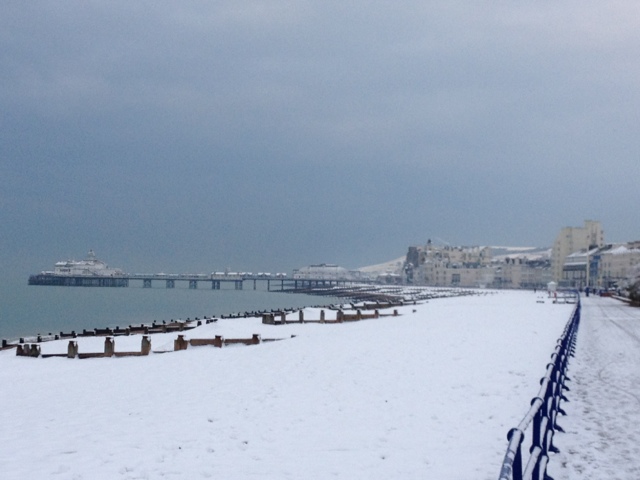 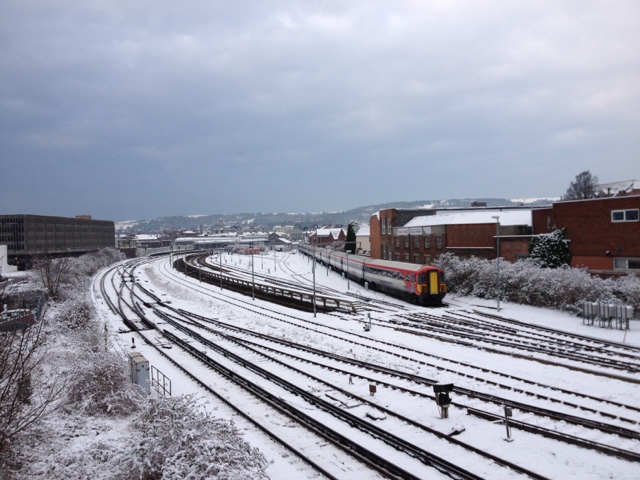 Posted by Cllr Patrick Warner at 14:43