Boris Johnson has launched a classical attack on the European Union over its plans to cap bankers’ bonuses, invoking the memory of the Roman emperor Diocletian. 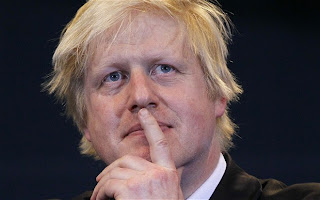 Rules to limit the rewards would drive well-paid financiers out of the City and harm the economy, Mr Johnson said, insisting that the plans were doomed to failure.


“This is possibly the most deluded measure to come from Europe since Diocletian tried to fix the price of groceries across the Roman Empire,” Mr Johnson said.


The last Roman ruler to persecute Christians, Diocletian brought stability to the empire after the chaotic third century. In 301AD, he passed his edict on prices, an unsuccessful attempt to stop inflation by imposing maximum prices on common goods.


The mayor’s comments put pressure on David Cameron to water down the new EU bonus rules, agreed provisionally in Brussels this week.


Under them, annual bonuses will not be allowed to exceed a banker’s salary, starting next year. Bonuses of twice annual salary will be allowed if shareholders approve them.


Most contentiously the rules are proposed to apply to the staff of European banks who work outside the EU, in financial centres including New York and Singapore.

Supporters of the cap say it will discourage bankers from pursuing the sort of high-risk deals that helped cause the financial crisis. Opponents point out that hedge funds, private equity companies and other financial firms are unaffected.

Mr Johnson said the rules would only harm Europe.

“The most this measure can hope to achieve is a boost for Zurich and Singapore and New York at the expense of a struggling EU.” Mr Johnson added: “People will wonder why we stay in the EU if it persists in such transparently self-defeating policies.”

Britain had attempted to block the rules, but was outvoted. Ministers can now only argue about how the cap should be applied.

Mr Cameron said on Thursday that Britain would push for more flexibility in the cap.
Posted by Cllr Patrick Warner at 04:29