MEPs loathe the proposed budget cuts, but they'll be too chicken to do much about it

By Dan Hannan, Conservative MEP for the South East of England 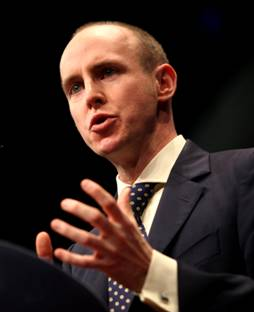 My sense is that MEPs are losing their bottle. They want to vote for a higher EU budget, but they lack the cojones to stand up to their national party leaders. As a rule, you won't find a more servile and ingratiating group of people in public life. In fairness, this is largely because of the way they are selected: in all but a handful of parties, the leader can rank his Euro-candidates more or less as he pleases. Since, in most EU states, Euro-MPs earn more than their prime ministers, this knowledge concentrates their minds.

I've seen it again and again. MEPs huff and puff about the prerogatives of their institution and the independence of their mandate. Then they get a phone call from the assistant to the assistant to their deputy party leader and, all of a sudden, they're falling over themselves to do as they're told.

It was to get around this problem that the President of the European Parliament, a German Socialist called Martin Schulz, proposed that the budget vote be taken by secret ballot. My sense, though, is that most MEPs are backing off the idea. Several large national delegations, including some Socialist ones, have declared their opposition. They know that, on top of taking on their party leaderships, they would be taking on their constituents, most of whom have been putting up with difficult austerity measures at home, and are in no mood to send the savings to Brussels. My bet is on a compromise, whereby MEPs accept the reduced budget in exchange for some face-saving measure: a new Euro-scheme to retrain the unemployed or some such.

It's still possible, of course, that Mr Schulz will refuse to sign. He assured us last week that, even if MEPs voted for their governments' proposal, he would not endorse it. What would happen then is not clear. This is the European Parliament's first use of the budgetary powers it gained under the Lisbon Treaty. In theory, in the absence of an agreement, the 2013 budget would be extended one month at a time, but no one really wants this outcome.

What's truly fascinating here is the extent to which MEPs are out of touch with their constituents. In most nations, the role of the national assembly is to hold the executive in check. In Europe, as in Britain, parliaments came into being to represent taxpayers. Yet, in Strasbourg, we see the bizarre spectacle of parliamentarians conspiring against their constituents in the cause of higher spending. So much for democracy.
Posted by Cllr Patrick Warner at 03:57