Ed Miliband has been accused of trying to hide the extent of his links to Labour’s biggest union backers after he published a list of meetings with the party’s donors.

Unite, the trade union, has given Labour more than £7 million in donations since 2010, making it the party’s biggest financial backer.

However, a list of meetings released by the Labour Party failed to mention any meeting between Mr Miliband, the Labour leader, and Mr McCluskey.

A spokesman for Unite said the pair were likely to have bumped into each other at Labour’s conference but that they did not have “dinners” or “lunches” together, or any private “one-to-one” discussions.

The union also said Mr Miliband and Mr McCluskey spoke on the telephone “a couple of times a month”.

Grant Shapps, Conservative Party Chairman, said: “No matter how hard they try, Labour cannot airbrush Ed Miliband's biggest union paymaster of them all - Len McCluskey - out of the picture."
A Tory source added: " This is a cack handed attempt by the Labour party to cover up secret meetings between Ed Miliband and his closest union paymaster.You have to wonder what they've got to hide."

Labour said the list included only those meetings with donors who have given more than £7,500 to Labour and which took place in the leader of the opposition’s office in Westminster, at his home, or at the Party’s headquarters in London.

A Labour source said the list demonstrated the party was committed to “maximum openness and transparency” and “significantly exceeds the details that David Cameron publishes” about his meetings with Tory donors.

According to the list of meetings between April and December last year, Mr Miliband met Mick Whelan, the general secretary of the Aslef union, last June, and Paul Kenny, the boss of the GMB, Britain’s third biggest union, in September.

He also met Ken Livingstone twice, in April, shortly before the London Mayoral elections, and again in December. 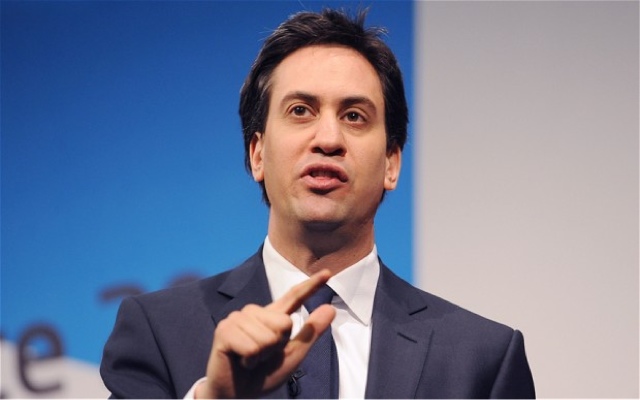 Posted by Cllr Patrick Warner at 16:39