Labour should stop attacking the Government for cutting "too far and too fast" as the debate about the need for spending cuts is over, Lord Mandelson has said.

The former adviser to Tony Blair and key architect of New Labour criticised his own party for living "in the past" and "tiring" the public with its constant complaints about spending cuts.

Ed Balls, the shadow chancellor, often criticises the Chancellor for trying to cut Britain's deficit too far and fast. It has become a key political refrain of Labour ministers challenging the Government's efforts to cut costs.

However, Lord Mandelson told business leaders: “The whole argument about whether we’re cutting too far and too fast, it’s in the past. It is rather predictable party political stuff from over the despatch box, and it is a bit tiring to the public."

He said the Labour Party needs to come up with ideas about redeveloping the economy rather than "fight about the past and fight about what’s too far and what’s far enough".

Lord Mandelson also ridiculed his former boss Gordon Brown for claiming to have abolised boom and bust before the financial crisis. 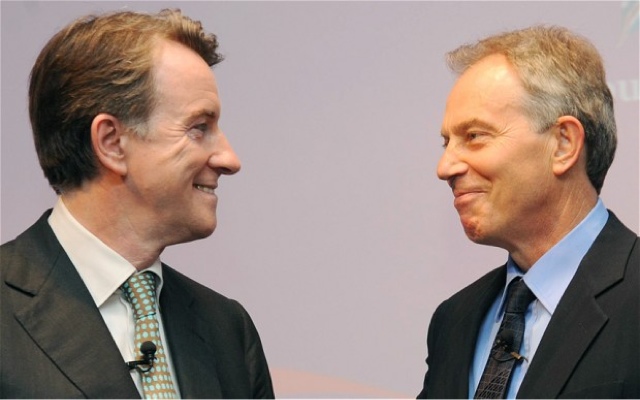 Posted by Cllr Patrick Warner at 14:03