Claire Perry MP: Tax-free childcare is about helping parents, not hurting those who stay at home

Parenting is the most important job there is and I have always fought the corner of stay-at-home parents in Parliament. After all, I was one for seven years and know the sacrifice that it entails - anyone who thinks that it is a cushy option to be at home all day with small children and a household to run, clearly has never done the job. 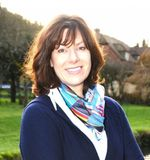 I have always wanted this Government to do everything it can to help families of all shapes and sizes. But in difficult financial times it is hard to argue that we should give childcare subsidies to families where there is already a parent caring for a child full time, as some people have called for this week.

Most households in Britain are struggling at the moment. Costs of living are rising everywhere; from energy bills to food prices and fees for childcare are spiralling faster than almost anything else. Daycare Trust figures show that average costs have increased in the past year by more than 6%, double the rate of inflation and we have some of the highest childcare bills in the world. For many parents, going out to work, even part time, is no longer an option because childcare is so prohibitively expensive - it just does not make sense to pay for childcare when it eats up so much of your earnings.

As a Conservative who wants parents to have choices, I just don’t think this is right.


The Government's plans on tax-free childcare unveiled this week are genuinely ambitious, and will make a real difference to the lives of over two million families. They will not force parents to work, nor do they seek to encourage them to. But they will help to give families a choice. As announced by the Chancellor in the Budget, tax-free childcare will provide a 20% discount on bills, worth up to £1,200 per child per year. This will come in from Autumn 2015 initially for under fives, building to cover children under twelve once the policy is fully up and running. It will replace the current system of Employer Supported Childcare vouchers which are only offered by five per cent of businesses, can't be claimed by those on minimum wage, and are fundamentally discriminatory towards single parents and parents with more than one child.
All families, including those relying on a stay-at-home parent, will continue to receive more financial help towards childcare though the grant scheme that offers 15 hours of nursery care for all three and four year olds and, from later this year, 20% of the most disadvantaged two year olds. That is worth over £2,000 year for every child and in my view that is money well spent. And there is more that the Government could and should do when finances permit.

Ultimately, I would like staying at home to be a choice that a mother or father makes because they feel it's in the best interest of their family; not because they can’t afford to go out to work.
Tax-free childcare is about helping parents and giving them that choice, not being anti stay-at-home parents.
Posted by Cllr Patrick Warner at 05:47