Council Leader challenged to save residents £500,000 per year after resignation of Eastbourne Homes CEO

At the recent Budget Setting Meeting of Eastbourne Borough Council, Conservatives proposed a 2% cut in Council Tax, 50% of which would have been funded now and in future years by bringing Eastbourne Homes Limited (an arms length management organisation set up as a vehicle to manage a Government grant of £46m worth of investment in upgrading council housing stock) back in house. Conservatives believe that this would have led to savings £500,000 per year which ruling Lib Dems have admitted would enable them to cut council tax and keep it down in future years, even though they voted this down.

Conservative Leader of the Opposition, Cllr David Elkin says "Stephen Lloyd's Lib Dems rejected the opportunity to help residents keep more of their own money in these tough times, even though they acknowledged it was affordable. But now the Chief Executive of Eastbourne Homes has resigned, we urge Council Leader, David Tutt to show strong leadership and accept our budget plans rather than commit to spending more of taxpayers money to appoint either a temporary or permanent replacement Chief Executive". 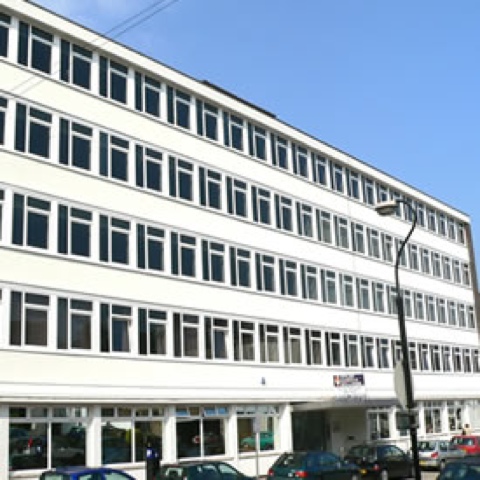 Above: Eastbourne Homes' seperate Ivy House offices cost the taxpayer £150,000 in addition to the £350,000 spent on a team of Directors when the Council's own Directors could provide the leadership and accomodate Eastbourne Homes staff in existing Council owned available office space.
﻿
Posted by Cllr Patrick Warner at 06:34