Could George Osborne fall on his sword?

Last week, at a reception for Christian groups in Downing Street, David Cameron recalled George Osborne's advice to him at an early stage of his leadership campaign in 2005. "He told me to call it all off; it wasn't going anywhere." Easter, he said, "is all about, for me, the triumph of life over death – which in politics is always useful". You can imagine how the Daily Mail would have reported that if Blair had said something similar about Brown: "The Government was plunged into chaos last night as the Prime Minister accused his Chancellor of plotting to force him out of the leadership race eight years ago …."

But George Osborne respects the Prime Minister's authority and both are confident enough to talk publicly about the past without overloading it with hidden meanings. When the Opposition attacks George Osborne for being the "part-time Chancellor" because of his other job as David Cameron's chief political adviser, as Ed Miliband did again in his Budget reply last week, they are in fact describing his role accurately. David Cameron does not take any important decisions without consulting George Osborne. They work as a team.

By considering the possibility that George Osborne might move, therefore, I am not commenting on the state of relations between the Prime Minister and Chancellor, but on the seriousness of the Conservative Party's plight. Osborne had a successful Budget in that he appeared to be running while standing still. It has made no difference to the opinion polls which, after last year's Budget, is a remarkable achievement. Indeed, YouGov found that more people thought the Budget overall was "fair" (39 per cent) than "unfair" (31 per cent).

But the party needs to move forward. Standing still is not enough. Just to remind you again: to remain the largest party in a hung parliament, the Conservatives need to be about four points ahead of Labour in vote share. They are currently 10 points behind. That gap might close a bit when voters come to choosing leaders, and a bit more if Labour's alternative policy remains as weak as it is now. But the Tories are unlikely to take the lead unless the economy starts to grow in a way that generates more tax revenue than expected.

Or unless something else happens that shakes up the settled pattern of public opinion.

One possibility is a change of prime minister, which is why I thought Theresa May's tilt against the European Convention on Human Rights was interesting, and why Boris Johnson's comments about what would happen "if the ball came loose from the back of a scrum" prompted one knight of the shires (Sir Peter Tapsell) to offer, gentleman that he is, to give up his seat to someone who needed it more.

But if Cameron's job were threatened, surely he would decide a change of Chancellor is preferable. The Prime Minister himself is, after all, still an asset to the Tories, as our ComRes poll showed last week. George Osborne, on the other hand, is a liability. This is not entirely fair, for like his opposite number, Ed Balls, he is engaging off-camera, while on a TV screen he repels voters.

David Cameron could send George Osborne to the Foreign Office, the move Blair contemplated for Brown but never carried out. The most striking replacement would be Theresa May; as the first female chancellor, she could shift perceptions without having to shift policy so much that it became an admission of failure. And she used to work at the Bank of England, you know.

Or George Osborne could swap jobs with William Hague, a politician whose popularity continues to baffle me, but which appears to be more than just the British admiration of a dignified loser. A less likely candidate is Philip Hammond, the Defence Secretary who, like May, has the advantage of having had a proper job outside politics, and who is a smoother talker on TV.

Would David Cameron be ruthless enough? If he thought the Tories were facing certain defeat otherwise, I think we can take that as given. But he may not need to. Like most apparently arrogant and unperturbable people, George Osborne shows flashes of insecurity. He often makes jokes in private after any setback that his career is about to end. It is possible that, if he thought the change would save the election, he might offer up his office for the good of the party, and therefore the nation.

The economy might turn up, but then, things might also get worse. The queues at Cypriot bank cash machines remind us that the eurozone is still under strain and could take our credit rating down with it. George Osborne may yet decide that losing his own job is a price worth paying.

By JohnRentoul, The Independent 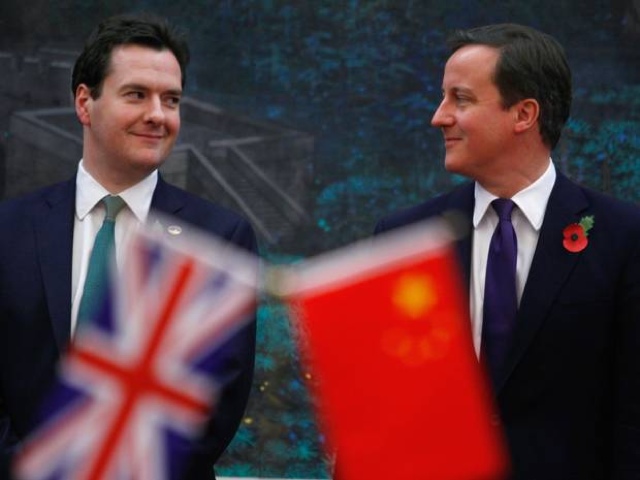 Posted by Cllr Patrick Warner at 05:05