If you exclude North Sea oil and the City, Britain IS recovering

Here are a few quotes from David Smith's article for the Sunday Times, republished on his blog;

"The motor trade is up 11.4% since 2009, wholesaling 5%, publishing, audiovisual and broadcasting up 15.8%. What the Office for National Statistics calls accommodation is up 6%, telecommunications 6.3%, computer programming and consultancy 14.6%, arts, entertainment and recreation 6.7%, legal, accountancy and architecture 9.2%, other professional and scientific services 17.4%, and healthcare (including the ringfenced National Health Service) 10.4%."

For David Smith the reason why the overall economic numbers are so flat is that two historically important sectors - the North Sea oil industry and the financial services sector - have endured such torrid times. But the overall picture is of a wider economy that is recovering and of a British economy that is - to use the jargon - rebalancing.

And a final word from Jeff Randall in The Sunday Telegraph. Mr Randall simply does not believe the official statistics. He is convinced that large parts of the new British economy are growing but official statisticians are too backwards-looking to notice:

"My suspicion is that the Office for National Statistics is not picking up in full the explosion of business start-ups. The number of UK private-sector businesses has increased in each of the past 12 years and stands at 4.8 million, a record high. One-man bands are often slow with paperwork and hard to track. Naysayers sneer that recession has turned us into a nation of odd-jobbers and micro-businesses. Let’s hope so. That’s how Microsoft, Google and Facebook began." 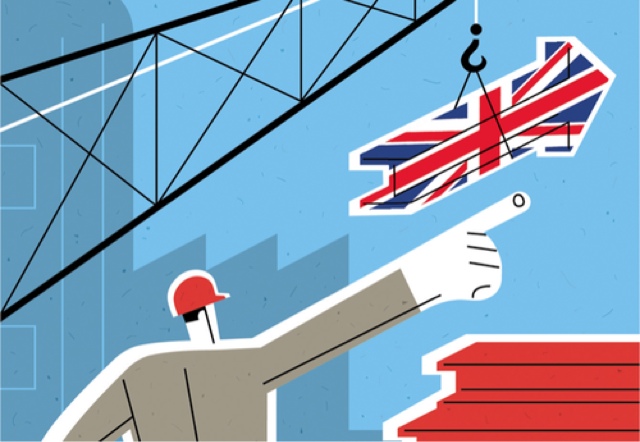 Posted by Cllr Patrick Warner at 16:02