Margot James MP: Why the Next Eleven group of countries offer exporting wins for Britain

Margot James is MP for Stourbridge. She is PPS to Lord Green, Minister for Trade and Investment and Chairman of the All Party Parliamentary Group on Trade & Investment. Follow Margot on Twitter.

In the same period, overall exports have grown by 11% - given the value of sterling, we could have expected more. Much of the explanation has to do with the Eurozone, which has traditionally accounted for 50% of our exports. Exports to non-EU markets have risen by 31%; given that Britain is playing catch-up outside Europe that is a good performance, but it is from a very low base. For example, we export more to Germany alone than almost to the entire Commonwealth put together.

The government is putting more behind UKTI, and UKTI is responding by expanding our capability to help firms export to 20 pilot countries outside of Europe, in conjunction with British Chambers and other business organisations abroad. Our success will depend on how companies respond to this new impetus. How many companies who are not exporting now will start to export, and whether we can get companies already exporting to export dramatically more is the acid test.

I am encouraged partly because of the limited growth opportunities at home. In the UK, growth is unlikely to exceed 1% this year. In the Eurozone matters are even worse. During the last quarter of 2012 the Eurozone contracted by 0.6% and the European Central Bank is predicting a recession for at least the next twelve months across the Eurozone. It is therefore imperative for companies who want to grow to look beyond the comfort zone of Europe and the domestic market.

I cringe when I hear businesses (and politicians) talking about ‘emerging markets’ or, worse still, ‘developing markets’. The All Party Parliamentary Group (APPG) on Trade & Investment, which I chair, has just returned from a trade mission to Singapore and Indonesia. Both countries belong to the ten member ASEAN trading bloc. With one or two exceptions, the members of ASEAN have emerged already. They are accelerating, if not overtaking, having emerged well and truly after the Asian financial crisis in the late nineties.
The growth markets, then, are a heterogeneous group. We get excited about Brazil, Russia, India and China. But the so called Next Eleven (N11) grouping which includes Mexico, Indonesia and Nigeria may well offer quicker wins for Britain. There are two main reasons for this, both of which are historic. First, our comparative loss of manufacturing. And, secondly, our cultural and behavioural attitudes towards the rest of the world.

Over the last half century, Britain has been too inclined to depend on a growing domestic and European market and to fall back on Commonwealth links and other natural advantages we enjoy, such as the English language. We have not pushed hard enough for new business in new markets (even within the Commonwealth). A tendency to complacency and a misplaced assumption of superiority was too common for too long after the end of the colonial era. Meanwhile countries like Germany, Japan, France and the US were very organised and focussed on building markets; putting in the time it takes to build relationships in growing markets that can take years to pay off. Competitor countries are therefore ‘dug in’ to the BRICs and beyond.

This analysis explains why we have such a low base outside Europe from which to expand. However, the APPG visit gave much cause for optimism, whilst confirming the size of the mountain to be climbed. We visited some outstanding British success stories: GSK and Rolls Royce in Singapore and Prudential, Balfour Beattie and Jardine-owned businesses in Indonesia. The impact of British architecture in the region is impressive. Hundreds of thousands of tourists every year visit the award winning ‘Gardens by the Bay’ in Singapore, and the World Trade Center ll sets a new standard for green skyscrapers in Jakarta.

Singapore is the UK’s largest trading partner in Southeast Asia. But the UK is down at 20th place in the global league table of exporters to Indonesia. The Indonesian trade minister, Gita Wirjawan, told us that “the Japanese and the South Koreans are successful in Indonesia because they come and set up shop here.” That is what it takes, a long term commitment to get to know a country and how business is done there.

More than 50 per cent of Indonesia’s population is under the age of 30. People are hungry to learn and have a strong work ethic but, according to Balfour Beattie, they are largely unskilled. There is a need for government, the private sector and foreign providers to invest heavily in new standards and vocational learning for those sectors that have been identified as having high growth potential. For example infrastructure, oil and gas, and ICT.

Britain is recognised as a world leader in education and should benefit from the undoubted need for more vocational as well as higher education. Three of the eleven companies on the APPG trade mission left with hard commercial opportunities to pursue in education and infrastructure.
The new and booming middle class in Indonesia, and throughout ASEAN, provide a huge opportunity for luxury goods and services. Although manufactured goods will remain crucial, the market for legal, financial and property services is growing rapidly and these sectors are areas in which Britain has a significant comparative advantage. Prudential in Jakarta has just closed a record year of growth in the insurance premium market; the proportion of profits likely to be returned to the UK as a result is valued at £120m.

The challenge facing British service and goods exporters now is to capitalise on the opportunities for greater exports: the low pound, improvements to some areas of manufacturing, greater substance behind UKTI’s offer to companies at home and abroad, and a revitalised Foreign Office with embassy staff so much more commercially aware than in the past. This is a much more sustainable route to economic growth than any other being foisted on the Chancellor in the run-up to the budget this week. 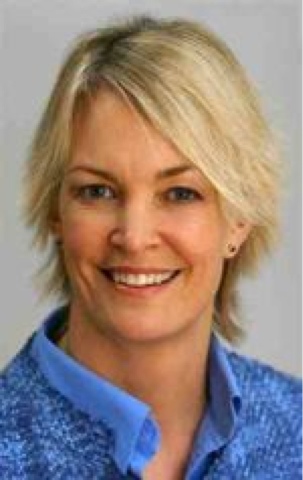 Posted by Cllr Patrick Warner at 16:28