Nigel Farage, the leader of the UK Independence Party, held a private dinner with Rupert Murdoch earlier this week in which he suggested he would form an electoral pact with the Conservatives if the Prime Minister stepped down.

The media tycoon invited Mr Farage to a dinner at his central London flat on Tuesday evening in the wake of Ukip’s strong performance at the Eastleigh by-election.

It was the pair’s first meeting and underlines the growing political influence of the fringe party. The Ukip leader is understood to have told Mr Murdoch that he hopes to win half of the seats in next year’s European election.

He said he will then set out plans to join forces with the Conservatives to fight Labour in the 2015 general election, but only if David Cameron agrees to step down as the party leader, well-placed sources said.

Mr Murdoch is said to be supportive of Mr Farage’s views towards Europe and his backing for new grammar schools, but more sceptical about Ukip’s stance on immigration. The emergence of the secret meeting is likely to add to the growing pressure on the Prime Minister amid speculation that Cabinet ministers are positioning themselves for future leadership bids.

Theresa May, the Home Secretary, has recently emerged as a potential Tory leader after defying Cabinet calls for her to relax Britain’s immigration rules.

Mr Cameron has sought to dismiss Ukip as a party of “fruitcakes” and “closet racists” but several Conservative MPs believe it should be taken seriously and a deal should be done with Mr Farage. The Ukip leader is thought to be prepared to do a deal with virtually any other leader of the Conservatives except Mr Cameron, whom he does not trust.

Last week, Ukip beat the Conservatives into third place in the Eastleigh by-election which appears to have led to a series of announcements from the Government on immigration as it seeks to address the growing electoral threat.

Mr Murdoch is thought to share Mr Farage’s disdain for the Prime Minister and is not thought to have met Mr Cameron since the phone hacking scandal at the News of the World erupted in 2011. However, the chairman of News Corporation has maintained cordial relationships with several senior Conservative figures, including Boris Johnson, the Mayor of London, and Michael Gove, the Education Secretary.

Mr Murdoch is also understood to have hosted a private dinner attended by Owen Paterson, a Right-wing Eurosceptic member of the Cabinet, earlier this week.

Before the last election, Mr Cameron and other senior Conservatives made intensive efforts to secure the support of Mr Murdoch’s British newspapers, particularly The Sun. 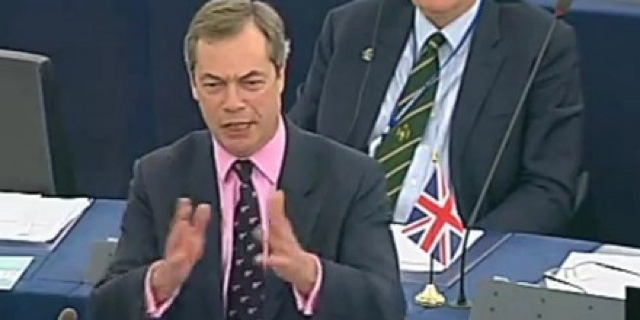