Sam Mendes has revealed he will NOT direct the next James Bond film – despite the success of ‘Skyfall’, now the most successful British movie in history. 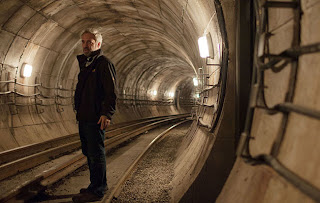 In an interview with Empire, the 47-year-old said: “It has been a very difficult decision not to accept Michael [G. Wilson] and Barbara [Broccoli]’s very generous offer to direct the next Bond movie.”

"Directing ‘Skyfall’ was one of the best experiences of my professional life, but I have theatre and other commitments, including productions of ‘Charlie And The Chocolate Factory’ and ‘King Lear’, that need my complete focus over the next year and beyond."

He added: "I feel very honoured to have been part of the Bond family, and very much hope I have a chance to work with them again sometime in the future.”

Legendary Bond producers Wilson and Broccoli issued a response to Mendes’ statement, praising the director’s achievements with the franchise, but still leaving the door open for his return.

"We thoroughly enjoyed working with Sam, he directed our most successful Bond movie ever, ‘Skyfall’. We would have loved to have made the next film with him but completely respect his decision to focus on other projects and hope to have the opportunity to collaborate with him again." 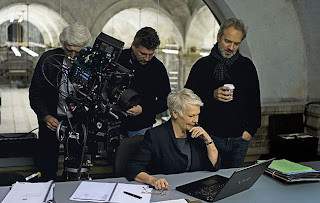 ﻿
‘Skyfall’, the 23rd film in the James Bond series recently became the most successful British movie of all time – currently racking up a worldwide gross of over $1.1 billion ($840 million) and ensuring Mendes’ place in the franchise folklore.

With iconic M actor Dame Judi Dench having also departed after seven successful appearances, Mendes’ decision leaves a sizeable hole in the franchise to be filled.
Via Yahoo News
Posted by Cllr Patrick Warner at 01:42