Tim Loughton MP: Political correctness is becoming more - not less - of a problem

Are you or have you ever been a homophobe seems to have become the new McCarthyism of our age? Given the urgency and frenzy of the lobby pushing forward the Gay Marriage Bill you wouldn’t think that no one had actually been able to give it a democratic mandate at the last election. At the evidence sessions of the committee which has just finished scrutinising the legislation Labour MPs tore into the Catholic Bishops as if they were prosecutors at a war crimes trial. 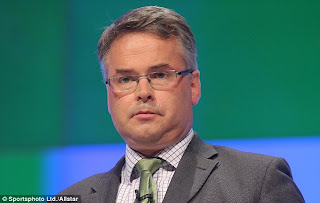 If you are not in favour of gay marriage then clearly you must be against equal rights for gay people so the flawed logic goes. Being an enthusiastic supporter of civil partnerships legislation and the full equality in the eyes of the law that it brought for same sex couples back in 2004 is not good enough apparently. Gay marriage has become this season’s new black and if you have a problem with that then you are written off not just as a fashionista lightweight but a full-blown bigot. The irony of the intolerance this demonstrates on the part of those pushing for greater tolerance of those with a different sexual orientation is not lost on many.

It is the ‘if you are not actively forsome specific measure then you must be positively against the cause’mentality that has become the hallmark of the thought police that we increasingly have to look out for over our shoulders to avoid coming a cropper. It is also the fuel for one of the most insidious and destructive forces at work in society today, namely political correctness. It can affect MPs in no less a way than our constituents. Indeed there are some cases where we are more vulnerable prey as my debate in the Commons last week showed.


I recounted how recently I had been the subject of a criminal investigation by Sussex Police. I was the victim of vexatious allegations from an all too vexing constituent not on account of sexism but racism. In a nutshell the vexed constituent had been placed on the local council’s ‘Customer of Concern’ list and on the obligatory paperwork under the section ‘description’ was referred to as ‘unkempt.’ When approached I said that the Council’s description seemed eminently accurate.
Before you could shout PC49 I had been summoned to a 90 minute interview under caution in a police custody suite on account of my constituent complaining that my comment was racist because he was of ‘Romany Gypsy origin.’ Unkempt, Romany = racist? Your guess is as good as mine, but because my constituent claims to have ‘perceived it as racist’ it becomes a legitimate full blown investigation. The fact neither I nor the Council had any idea that the complainant in question was of Romany Gypsy origin and he was apparently not required to prove it didn’t enter into the equation.  Six months, six different police officers and goodness knows how much taxpayers’money later the case was summarily dropped by the CPS as baseless.

But the damage had been done not least to me as someone who has always stood up against racist bullies. How have the police apparently become so systematically beholden to political correctness that proportionality and common sense have flown out of the window? Risk aversion and independent thinking have replaced common sense judgements as certain senior police officers are fearful of doing anything that conflicts with the manual and might jeopardise their careers with head office.

Tales of political correctness in everyday life are common place: the care home in Brighton which was threatened with having its local authority funding cut because they refused to comply with a demand to survey their octogenarian residents every three months about their sexual orientation; or the special manual for police on how to arrest witches. Throw in the everyday hum drum of councils who ban bingo callers from causing offence to the two fat ladies at 88 or primary schools which ban valentine cards to protect pupils from the emotional trauma of being dumped, and then you often have to check whether April 1st has become a weekly occurrence. My all time favourite though is the case of the 10 year old boy questioned by police on suspicion of racial harassment after he hummed the Crazy Frog tune outside a French teacher’s house!

At its most moderate it provides amusing knocking copy, but too often at its worst it is seriously undermining good race relations, trust in our public institutions and an Englishman’s (or woman’s) right to free speech. In this case it is positively dangerous when it apparently exercises so much time by our already stretched law enforcers. If MPs can fall foul of it then clearly anyone can and it’s time we fought back. I am ready to don my gender neutral, non aggressive, culturally sensitive armour for the crusade (correction- secular expedition) – who’s with me?
Posted by Cllr Patrick Warner at 06:00