It was his push for far closer EU political and financial ties between member states that led to our 1990 front page declaring: Up Yours Delors.

But 22 years on, Mr Delors — European Commission President between 1985 to 1994 — concedes it may be time for Britain to quit the EU.

He says it could enjoy “a different form of partnership” with the continent.
Frenchman Mr Delors, 87 — credited as being the architect of the modern EU — told a German newspaper: “The British are solely concerned about their economic interests, nothing else.

“They could be offered a different form of partnership.

“If the British cannot support the trend towards more integration in Europe, we can nevertheless remain friends, but on a different basis.

“I could imagine a form such as a European economic area or a free trade agreement.”
k.schofield@the-sun.co.uk 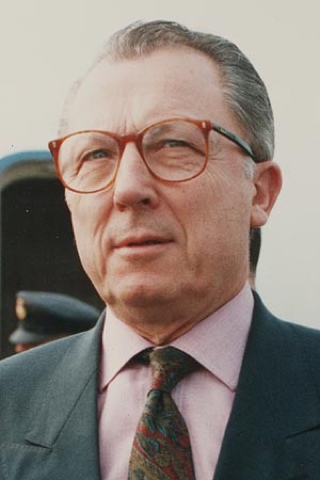 Posted by Cllr Patrick Warner at 01:20