The Chancellor, George Osborne, has announced extra funding to boost the UK's development of the so-called "super-material" graphene.

It is one of the lightest yet strongest and most conductive materials known to man - and was originally discovered by scientists at Manchester University.

Now other universities will be asked to research potential commercial uses.

Mr Osborne said the £21.5m investment fund would aim to take the technology from the lab to the factory floor.

He has previously pledged money for such research, including £50m in 2011.

Graphene is made of sheets of carbon just one atom thick, and has outstanding mechanical strength and electronic properties.

It is hoped that the material will be used in a wide array of industrial and everyday applications.

The Engineering and Physical Sciences Research Council has identified the most promising graphene-related research projects in British universities to benefit from state funding.

The University of Cambridge has been awarded more than £12m for research into graphene flexible electronics and opto-electronics, which could include things like touch-screens and other display devices.

London's Imperial College will receive over £4.5m to investigate aerospace applications of graphene.

The universities will work with industrial partners including Nokia, BAE Systems, Procter & Gamble, Qinetiq, Rolls-Royce, Dyson, Sharp and Philips Research, which will together bring in a further £12m in investment.

Mr Osborne told BBC Radio 4's Today programme there had been "enormous competition" for the graphene research to be done elsewhere in the world, rather than the UK.

He said: "We had to act very quickly... to step in and say we're going to provide funding here in Britain for that activity. That's an example of actually actively backing a winner to keep it in the UK."

Mr Osborne said there were several ways in which the UK could become an attractive location for scientific research, including more financial backing from the government, protecting spending on science, and more investment in big capital science projects.

He added that Britain's universities - the "jewels in the crown" of the UK economy - needed to be protected. 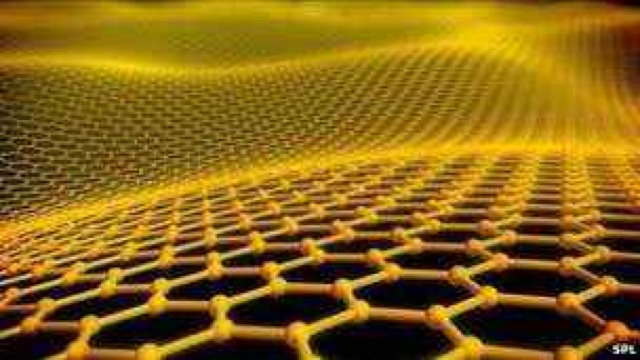 Posted by Cllr Patrick Warner at 01:42