Former Conservative Prime Minister Margaret Thatcher has left hospital after having a growth removed from her bladder, sources have told the BBC.

She is said to be "doing well" after a minor operation to remove the growth.

The 87-year-old, who has suffered from ill health in recent years, was admitted last week and is thought to have left hospital on Friday.

The BBC's Norman Smith says Baroness Thatcher is understood to be "convalescing privately".

However, our correspondent says it is not clear if that means she is at home.

Shortly after she was admitted to hospital, Lord Bell - a friend and former adviser - told BBC News she had undergone "minimally invasive" surgery.

"She's very tough. The doctors are perfectly happy. They say the operation has been completely satisfactory," he said.

Prime Minister David Cameron tweeted a message to Lady Thatcher after her admission, saying he wished her a "speedy recovery".

Baroness Thatcher was the UK's first female prime minister and served three terms, between 1979 and 1990.

She had a series of minor strokes in 2002 and was advised by doctors to stop making public speeches.

Her daughter, Carol Thatcher, has previously spoken of her mother's struggle with dementia.

Baroness Thatcher was not well enough to join the Queen for a lunch with the prime minister and former prime ministers as part of the Diamond Jubilee celebrations earlier this year.

However, in October she was sufficiently well to mark her 87th birthday with lunch at a London restaurant with her son Mark and his wife. 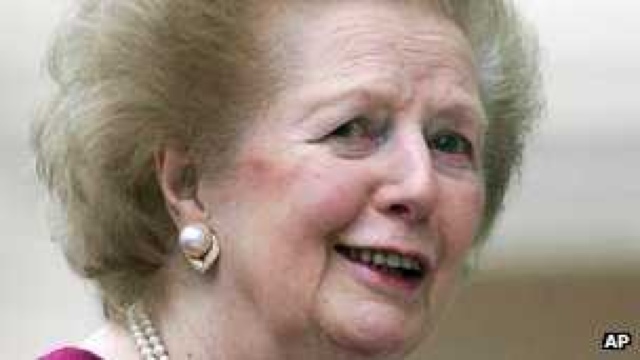 Posted by Cllr Patrick Warner at 13:42