May to Clegg: don't block data communications bill (or, as the Sun puts it: "warning to Nick Clegg on terrorists, crooks and paedos)


HOME Secretary Theresa May today warns MPs who oppose new powers to probe the internet: “Do not put politics before people’s lives.”

In an exclusive interview with The Sun, the Home Secretary insists “we could see people dying” if a new law to authorise online probing is blocked.
Her thinly-veiled attack on Deputy PM NIck Clegg’s stand on civil liberties grounds is the most explosive public exchange yet between senior Coalition ministers.

And it further ratchets up tensions between the Tories and Lib Dems.
Mrs May says the new law would be a massive help in preventing another 7/7-style atrocity on Britain’s streets.
It would also strike at the heart of crime — and could stop savage events like the gunning down of brave women police officers Nicola Hughes and Fiona Bone in September.

Mrs May said: “The people who say they’re against this bill need to look victims of serious crime, terrorism and child sex offences in the eye and tell them why they’re not prepared to give the police the powers they need to protect the public.

“Anybody who is against this bill is putting politics before people’s lives.

“We would certainly see criminals going free as a result of this.

“There will be paedophiles who will not be identified and it will reduce our ability to deal with this serious organised crime.”
As The Sun revealed on Saturday, Lib Dem leader Mr Clegg has infuriated MI5 and police chiefs by trying to delay the Communications Data Bill until at least 2014.

Security bosses have pleaded for new powers to catch criminals who plot freely over Facebook or Skype — where they can’t be observed.

The spiralling Coalition row comes to a head in the next week when two major reports on the controversial bill are published.

Senior MPs on the Intelligence and Security Committee and a joint committee of MPs and peers will both give their opinions on it.

Mrs May said: “Criminals, terrorists and paedophiles will want MPs to vote against this bill. Victims of crime, police and the public will want them to vote for it. It’s a question of whose side you’re on.”

Warning that more police are at imminent threat, she added: “The shootings of Nicola Hughes and Fiona Bone brought everybody up sharp to show the extent of the problem that can be caused by criminals.”

Mrs May also hit back at critics who have branded the bill a “snoopers’ charter”.
At present, the police and intelligence services can get access to information about mobile phone use.

But individual data for internet users is only retained at RANDOM by service providers, and there is no across-the-board policy.

Under the blueprint, ALL data would be kept for a year and the authorities would be able to see details of who communicated with who, when and where. But they would not be able to see the content of the message.

Mrs May said: “It is not snooping. It is absolutely not Government wanting to read everybody’s emails — we will not be looking at every webpage everybody has looked at.”

A source close to Mr Clegg said: “You must make sure you get the balance between security and liberty right. Nick is not sure that is the case.”
t.newtondunn@the-sun.co.uk

Case 1
A MAJOR criminal investigation was launched into a website used as a secret portal for viewing more than 2,000 indecent images of children. Cops were provided with the IP addresses of everyone who had been accessing the site and many people were identified from the data and prosecuted. They included a serving police officer from Lancashire and a school governor from Merseyside. Both were jailed. But others escaped because internet access companies had no record of who had used the IP addresses.
Case 2
VITAL internet tracking saved the life of one young person. An online counsellor called police to tip them off that an emotional man was feared to be on the verge of suicide. Cops found out where he lived by tracing the IP address and raced round to his home. They found he had hanged himself — but was still breathing. Officers cut him down and rushed him to hospital, saving his life. It was only by chance that the internet service provider had a record of the man’s address and police were able to help him. 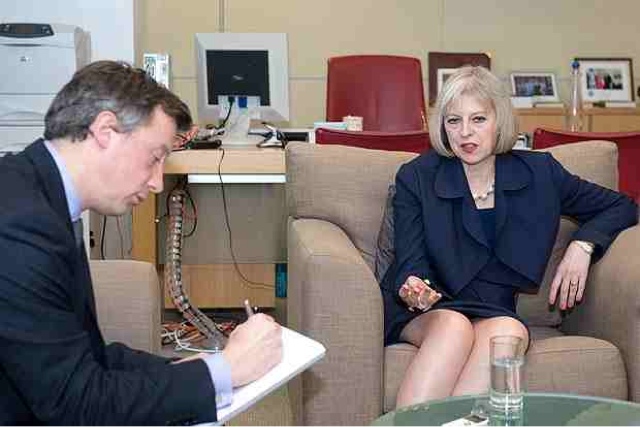 Posted by Cllr Patrick Warner at 02:28