The new dash for gas should be good for the environment, but there is a complication…

Measures to promote Britain’s embryonic shale gas industry were a big feature of this week’s Autumn Statement. Shale gas (and natural gas generally) is good news for those worried about energy costs, but is it good news for the environment? 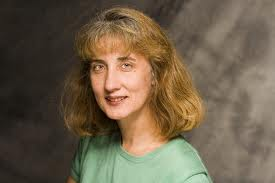 In an article for National Geographic, Marianne Lavelle explains why it could be:
In fact, Lavelle understates the environmental case for gas in that, as well as having a lower carbon content than coal per unit of fuel, gas-fired power stations are also more efficient than their coal-fired rivals – meaning that fewer units of fuel need to be burned to produce each unit of power.
There is a catch, though. Natural gas is mostly methane – and methane is a much more potent greenhouse gas than carbon dioxide:
Of course, most of the natural gas we produce is burned. However, in the process of getting from the well to the power station (or your boiler) some of it leaks.
This is a problem, but it could also be an opportunity:
Perhaps, instead of trying to solve the climate change problem all in one go, we should start with the easy stuff and work our way up?
Posted by Cllr Patrick Warner at 01:54