Yesterday evening's investigation by Michael Crick into the Andrew Mitchell affair revealed that an e-mail apparently corroborating the police logbook account of what took place didn't come from an ordinary eyewitness - as David Cameron believed when he read it. It appears to have been sent from the home computer of a member of the Diplomatic Protection Group. That person told Mr Crick that he didn't witness the incident and didn't send the e-mail either. The Times (£) reported yesterday that "a member of the Diplomatic Protection Group, the unit which guards Downing Street, had been arrested on suspicion of gross misconduct". 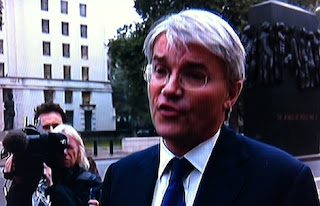 Mr Crick's report suggested that the fabricated account was crucial to the Prime Minister deciding that Mr Mitchell was indeed at fault. If so, the former Chief Whip lost his career over a fabrication, and Mr Cameron should make a point of giving it back. But whether this is so or not, there are questions to be answered. Whose idea was the e-mail? Why did the sender purport to be an ordinary member of the public - indeed, to have been outside Downing Street at all on that fateful evening, which was untrue? Who wrote it? Who sent it? Who was aware of it? What light does it cast, if any, on the logbook account?
Mr Mitchell has called for a full inquiry into the incident. There is already a Police Complaints Commission inquiry into it, since a referral has been received from the Met. But which bodies conduct investigations is perhaps less important than how swiftly they report. The former Chief Whip's Cabinet career was destroyed by the allegations against him within a few weeks. It is thus only fair that inquiries into the matter don't drag on for many months. So the PCC should get a move on. The affair became known as Plebgate. After Mr Crick's revelations yesterday, wouldn't Smeargate be no less fair a description?

Click here to see the Michael Crick investigation for Channel 4 News:
http://playpolitical.typepad.com/uk_conservative/2012/12/watch-michaellcricks-investigation-into-the-andrew-mitchell-affair.html
After all is said and done though, it is important to keep this in perspective, when the full truth comes out we will be in a better position to know what steps should be taken to right the wrongs. What must not happen is that just because it appears that the actions of a small number of policemen have acted to smear Andrew Mitchell, we must not now assume that all Policemen are corrupt. In every walk of life there are bad apples or those who become tempted to make the wrong choices for a variety of different reasons.
In my work as a local Councillor, I have come across many hard working, totally dedicated officers who deserve huge respect for not only for the work they do every day but also for placing themselves at risk to protect us. I may be old fashioned but I believe that we should be able to look up to our Police Force and trust them to act honourably in the public interest. As happens in other walks of life, those who have acted wrongly should be dealt with firmly and if Andrew Mitchell's name is cleared, he should be given the chance to resume his Cabinet Career at the earliest opportunity.
Posted by Cllr Patrick Warner at 02:09