Guy Opperman MP: Teach Prisoners to read and write in custody – that is a sentence that will achieve something

Guy Opperman was a Criminal Barrister for over 15 years engaged in many murder and other trials. He became the MP for Hexham in 2010. His book “Doing Time” – Prisons in the 21st Century is available in all bookshops, and on Amazon /Kindle. Proceeds go to an NHS charity, the National Brain Appeal.

Prison does work. It locks people up so that the prisoner cannot then commit a crime: yet prison for decades has failed to change the prisoner’s behaviour. I am not against sending people to prison. I spent over 15 years doing that as a criminal prosecutor. But it is what we do with the prisoner when they are in prison that needs to change. It is this issue that I have addressed in my new book, “Doing Time” – Prisons in the 21st Century.

The harsh fact is that over the last 20 years, despite multiple new laws, and successive politicians passing tougher and tougher sentences, the prison population has doubled with reoffending rates at approximately 70%. Given that we spend at least £45,000 a year on adult prisoners, and around £100,000 on young offenders, we have to accept that the taxpayer is getting a poor return when 7 out of 10 former prisoners are reoffending upon release.

The reasons are obvious: 50 % of all prisoners are illiterate, 50% are drug addicted, over half of all prisoners were excluded from school, have no skills, and ran away from home, and 25% of all prisoners were in care as children. It is clear that parenting, education and society has failed the vast majority of those in custody. How we treat them in prison will decide how such people – who clearly struggle to cope with the normal aspects of society – will fare upon their release.

For too long prison has been simply about long term incarceration with little real attempt to address the causes for the prisoners presence in custody. This is changing under the Coalition Government, but it still needs a significant shift of emphasis from the bottom up: prison officers, governors and then government resources need to focus on reforming their charges, not simply locking them up 20+ hours a day.

The three key elements which will determine the way forward are simply outlined: literacy, drug treatment and skills. The skills deficit is beginning to be addressed by the Coalition so that prisoners actually spend more time working in prison.

But it is literacy that is the foundation of all attempts at stopping offending upon release. If only 1 in 5 released prisoners can complete a job application form their prospects of going straight are massively diminished. Victor Hugo correctly made the point that, “he who opens a school door, closes a prison.” I would like to see literacy training made a mandatory part of a custodial sentence for those without literacy. It is very simple. The prisoner is captive. Teach them to read. We would need to develop greater mentoring by prison officers, and former offenders; we would need to tackle the problem of poor take up by prisoners, by ensuring there were sentence incentives for competition of a literacy course. The Shannon Trust’s groundbreaking “Toe by Toe” scheme provides a blueprint for others to follow. Literacy is a simple objective but one worth a great deal of investment because the purpose of custody must surely be both deprivation of liberty and a change in the prisoners behaviour. Without literacy such a prospect is remote.

Over 50% of serving prisoners are drug addicted – some through prescription drugs, some through illegal drugs. It is patently wrong that we do not test properly upon admission to prison or prior to release. We need greater efforts to prevent drugs entering prisons, mandatory treatment for known users, and again sentence incentives for those who can genuinely prove that their time in prison has allowed them to come clean. It is genuinely shocking to read the words of the former Labour Home Office Minister, David Hanson, MP, who told the House of Commons in 2007: “one in 5 men who report using mainstream drugs, first used them in prison.”

My final radical suggestion is the idea of a Big Society prison: instead of a prison run by the state or on a payment by results private basis why could we not have a charity or a community / church organisation coming together to take charge of low grade category D and some Category C prisoners? Such a prison would be run in the community, by that community, for those who have transgressed in that community. Examples of this are beginning to crop up around the world, and if we really want to turn people around local solutions are always the best.

The Ministry of Justice under the Coalition have taken good steps to prison reform, but a great deal more needs to be done if we are stop having 7 out of 10 reoffending upon release; this expensive roundabout of repeat criminals is surely in no one’s interest. 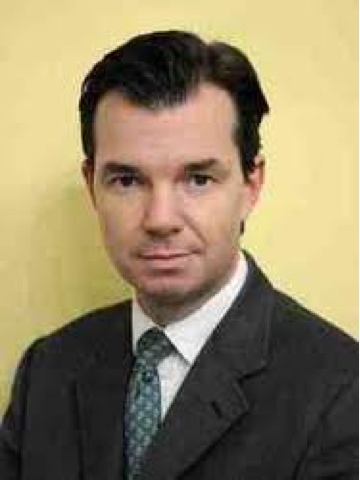 Posted by Cllr Patrick Warner at 03:54