Andrew Mitchell never saw the CCTV footage of the incident at the Downing Street gates until after he had resigned as the Government’s Chief Whip. He told me this when I had lunch with him yesterday. He also told me that the whole truth of what had happened to him might never have come to light if it hadn’t been for the perseverant friendship of David Davis. I couldn’t have had a better friend, he said.

During the height of the drama that came to be known as ‘Plebgate’ the Downing Street team told Mr Mitchell that the CCTV images were not helpful in establishing the truth. The images were of too poor quality to be useful, he was told, and it was impossible to lip-read anything that either he or the police officers had said.

We now know that the CCTV tells us that the police log at the heart of the case against Andrew Mitchell was materially inaccurate. The log published by The Daily Telegraph claimed that several members of the public were stood at the Downing Street gate during the whole of the incident and were “visibly shocked”. The CCTV clearly demonstrates that only one person was present and that person passed by quickly. The CCTV footage also suggests that not enough time elapsed for all that the police officers claimed to have been said to have actually been said. The average person speaks at two to three words per second. Mr Mitchell and the police officers would have had to be speaking at three or four times normal speed for the police record to have been accurate. A half-decent barrister would easily destroy believability in this log if it was cross-examined in court.

We also know that a police officer - part of the same Diplomatic Protection Squad as the Downing Street police officers - lied in an email to John Randall MP, claiming to be a member of the public and claiming to verify those police officers’ version of the event. The email contained material that was not then in the public domain and suggests some collusion, even a conspiracy. This email had been crucial to the undermining of Number 10’s confidence in Mr Mitchell.

The rehabilitation of the ex-Chief Whip may not be complete yet but it began when he and David Davis met shortly after Mr Mitchell had resigned. All sorts of thoughts were running through Mitchell’s head. He considered leaving parliament immediately. He felt he couldn’t walk down the street without every person looking at him and thinking there was the lying Tory toff who abused the police. He lost more than a stone in weight during the period. He felt his career was over and his place in history would be a toxic one.

Davis urged him to fight. Remember, he said, what Denis had said to Margaret Thatcher when she was wondering whether to stand for the Tory leadership in the 1970s. Don’t go through the rest of your life wondering what would have happened if you never stood against Ted Heath. Davis knew that Mitchell was completely demoralised and felt that he had no chance of clearing his name in a world that was against him. Davis urged Mitchell to make one final attempt to fight for his reputation and his future. Mitchell agreed. Davis accompanied Mitchell and his wife, Sharron, to inspect the CCTV footage and then began a long period of negotiations with Channel 4 and investigative reporter Michael Crick. Patiently at a large number of meetings over a number of weeks they subjected the police’s version of multiple events to scrutiny and the police’s version of events started to look less and less believable.

David Davis secured three ministerial scalps when he was in opposition. Patient, forensic examination of all available evidence helped lead to the resignations of David Blunkett, Beverley Hughes and Charles Clarke. He’s now in the new business of restoring a minister to office. It looks like he may succeed and in the process the Tory Party’s view of the police reaches an all-time low. 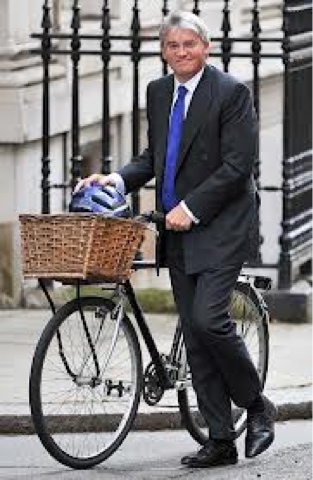 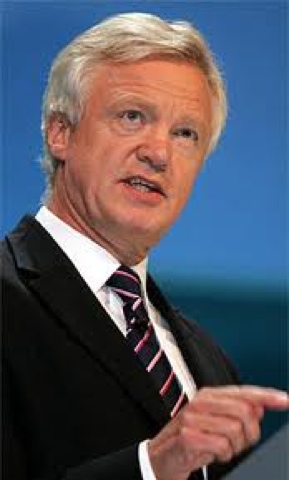 Posted by Cllr Patrick Warner at 16:08