Scrapping Labour’s taxpayer-funded pensions for councillors will save £7m

Pensions for councillors was the ‘bad news’ which Labour spin doctor, Jo Moore, working for Stephen Byers’ Department for Transport, Local Government and Regions, ‘buried’ in the aftermath of 9/11. On 2.55pm on that day, she wrote; “It is now a very good day to get out anything we want to bury. Councillors expenses?” The press release was subsequently issued on 12 September, and received minimal public scrutiny.

The proposals came into force in 2003. A recent survey by the Taxpayers’ Alliance found that 4,548 councillors across the United Kingdom had signed up to the gold-plated pension scheme by 2010-11. It is estimated that scrapping these pensions will save taxpayers’ an estimated £7 million a year. 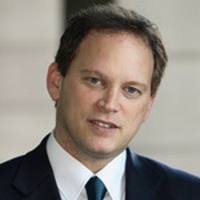 Rt Hon Grant Shapps MP, Chairman of the Conservative Party, said: “The Labour Party took taxpayers for a ride, and eroded confidence in public life and public servants by their culture of spin.
Our reforms will strengthen the integrity and independence of councillors, so that these local champions of the people are seen to stand up for the best interests of taxpayers, not the town hall state.”
Posted by Cllr Patrick Warner at 08:22