This morning in the Commons, Alec Shelbrooke, the Member of Parliament for Elmet and Rothwell introduced a Bill calling for the introduction of a Welfare Cash Card to prevent welfare claimants from buying what Mr Shelbrooke called "NEDD" (Non-Essential, Desirable and often Damaging) items, including cigarettes, alcohol, paid television and gambling. This would apply to all claimants in work and out of work, and would cover all benefits other than disability payments and the basic state pension. 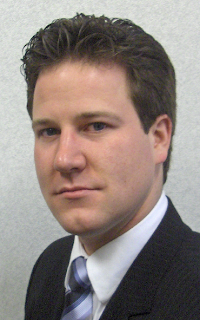 Mr Shelbrooke used the original "five giant evils" idea from the Beveridge Report to argue that introducing a Welfare Cash Card would remove the perception of idleness from welfare claimants. He said:


"It is seventy years this very month since the Beveridge Report identified the five giant evils that plagued society; disease, want, ignorance, squalor, and idleness. Members on all sides of this House will want to praise successive Governments for their advances to eradicate these evils. But idleness remains prevalent today. The something for nothing culture encouraged by the previous Labour Government created a two-tier benefits system where the strivers and low paid workers have been penalised for the idleness of the shirkers. This Bill seeks to work alongside this Government’s welfare reforms to support those hard working families who strive to be self supporting by ending the something for nothing stigma of the welfare system."

Mr Shelbrooke also made the case that the Welfare Cash Card could mean claimants using their money for more responsible purposes, such as providing their children with a better lifestyle:

"Furthermore, the Welfare Cash Card has the potential for more social good, not least assisting efforts to eradicate child poverty. Statistics show that over 1.26 million claimants have children. Prohibiting the purchases of NEDD items such as cigarettes and alcohol, leaves more money for priority purchases on children... To put this in monetary terms, the ONS measures that the average household spends £48 a month on cigarettes, alcohol and narcotics. Even if this Bill creates the slightest chance of raising these children out of poverty, reducing the chances of them going to school hungry or simply being subjected to secondary inhalation of smoke, then I would argue it is worth it."


"We must change this vision of the benefits system. We must change this perception to support those in society who need the benefit system to help them get on and work hard in life. The Welfare Cash Card does just that; it’s not about dividing to rule but ending Labour’s divisive two-tier benefit system and the damaging perception that accompanied it. It backs the low paid workers and supports all job-seekers to spend responsibly, take control of their finances and get back on their feet. The Welfare State can no longer be seen as getting something for nothing - it must deliver on Beveridge’s vision of a temporary security net by using benefits to create a society of strivers."

Here Here! I said this should happen years ago!
Posted by Cllr Patrick Warner at 08:31