Trustees of the RSPCA broke charity rules by sanctioning a £300,000 prosecution of David Cameron’s local hunt, according to a cross-party group of MPs and peers including Lord Heseltine, the former Cabinet minister.

The politicians have reported the RSPCA to the Charity Commission for breaching a “duty of prudence” that governs their actions.

The group, which includes Simon Hart, the Conservative MP, Kate Hoey, the Labour MP, Mark Williams, the Liberal Democrat MP, and Baroness Mallalieu, told the watchdog that they had “concerns about the motivation for bringing this prosecution”.

They described the £326,000 cost of bringing the private prosecution against members of the Heythrop Hunt in Oxfordshire as “staggering” and urged William Shawcross, the chairman of the Commission, to investigate.

The Prime Minister, whose Witney consitituency covers Heythrop, rode with the hunt before the hunting ban was introduced by Labour in 2005.

He suggested that “members of the public may feel that RSPCA funds can be more usefully employed”. The hunt and its members were fined £6,800 after admitting four charges of unlawfully hunting a wild fox with dogs. The judge drew attention to the fact that the private prosecution cost nearly 10 times more than the defence costs of £35,000.

The MPs and peers quoted his comments and questioned why the RSPCA engaged three barristers and a solicitors’ firm called Fishburns, “a London-based specialist law firm providing legal services to the insurance and reinsurance markets”. The firm was “engaged despite the fact that the RSPCA has its own in-house legal department”, the group said in the letter, which has been seen by The Daily Telegraph.

They added: “We believe that this 'staggering’ expenditure constitutes a clear breach of the 'duty of prudence’ by the trustees of the RSPCA in that it cannot possibly be argued that charitable funds and assets have been used reasonably.”

The “duty of prudence” aims to conserve the property of the trust. It is not a duty set out in the Charities Act 2006 or any other statute, but reflects principles defined through cases dealt within the courts. The group’s concern was that “if the prosecution was justified exactly the same result could have been achieved for a fraction of the cost with prudent management”.

They added: “Instead hundreds of thousands of pounds donated to the RSPCA by members of the public have been squandered unnecessarily on lawyers’ fees. This is all the more relevant given that the evidence obtained by the RSPCA was never even passed to the CPS, which might well have chosen to prosecute in the normal way, had the public interest requirement been met. We ask that you urgently investigate our complaint and ensure that the charity deals with future legal expenditure more prudently.”

The Charity Commission, which regulates the activities of charities, said that any action taken after a breach of charity rules “would depend on the circumstances of the case”.
A spokesman added: “Undertaking prosecutions is in furtherance of the RSPCA’s charitable objects and is made clear to the public on their website.

“It is for trustees to consider the matter of bringing prosecutions in accordance with these duties and any other requirements which might apply, and for them to consider the issue of costs.”
On Friday night the RSPCA said its trustees had done nothing wrong and it was in the public interest for the Heythrop Hunt to be prosecuted. A spokesman added: “We recognise the pressures on the police force, who rightly look to the RSPCA as experts in animal welfare matters.
“We would of course be delighted if the police were in a position to take on investigations of this kind and examine evidence of the complexity and scale of that relating to the Heythrop Hunt case.” 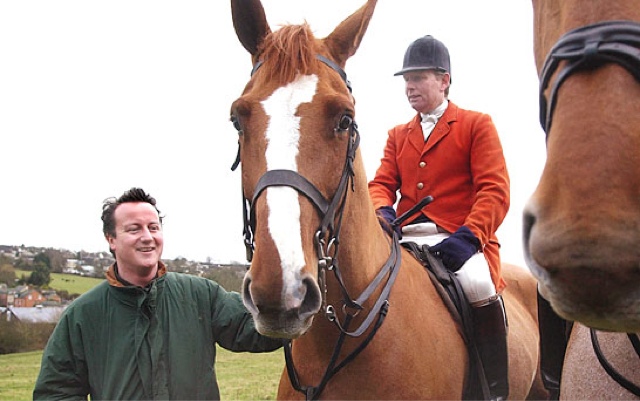 Posted by Cllr Patrick Warner at 12:43