Bernard Jenkin is the Member of Parliament for Harwich and North Essex and Chairman of the Public Administration Select Committee and he believes that the vote to delay fair boundaries by 334 votes to 292 has shortened the coalition’s life.
“Up and down the country, constituencies can vary enormously in size, and that's a major cause for concern... For example, 87,000 voters in the East Ham constituency together get one say in the government. The 66,000 voters living 10 miles away in Islington North get one say too. So, if you live in Islington, your voice counts for more. But why should the vote of a person living in, say, Holborn, Brentford or Kingston be worth less than a person living in Putney, Greenwich or Kensington? And why was the last election held on boundaries that are 10 years out of date? Redrawing the boundaries lets us make constituencies more equal in size and more current, and it's an opportunity to cut the number of MPs."
So said the Deputy Prime Minister in August 2010. And we Conservatives all agreed! Why do politicians say things they don’t believe? Is it any wonder the public despair of our principles? The principle of fairness in elections is obvious. It has been the basis of Nick Clegg’s appeal for electoral reform throughout his career. What changed his mind?

All constituencies send one MP to Westminster. Yet the mainland constituency with the largest electorate, East ham, has 91,531 registered voters, while the smallest, Wirral West, has just 55,077. The largest and smallest constituencies in the UK are both island constituencies: the Isle of Wight with 110,924 and the Western Isles with 21,837, respectively. Redrawing boundaries to make constituencies more equal in size would help give votes equal weight. As would reducing the time between boundary reviews, because ten years between reviews means they are based on out-of-date population data. Otherwise, As Nick Clegg himself told MPs: 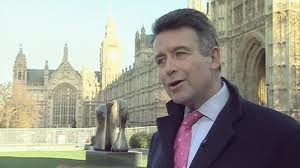 “It is one of the founding principles of any democracy that votes should be valued in the same way, wherever they are cast. Over the years, all sorts of anomalies have developed, such that different people's votes are simply not worth the same in elections to this place. That surely cannot be right."
That’s why Nick Clegg and his LibDems voted for the boundary review process.

Yet, when he announced that the Government was no longer pursuing the House of Lords Reform Bill, he also made it clear that the Liberal Democrats would no longer be voting for the boundary changes. What sort of principle is this? His argument was that the Conservative Party had broken a 'deal'. When did the principle of fairness become subject to such a ‘deal’?
Leave aside the incidental fact that the Conservatives did in fact deliver on the commitment in the Coalition Programme for Government to " establish a committee to bring forward proposals for a wholly or mainly elected upper chamber on the basis of proportional representation." This was done. And boundary changes were not linked to the implementation of Lords reform in the agreement.

Leave aside the new boundaries by 2015 were explicitly linked to the AV referendum: "We will bring forward a Referendum Bill on electoral reform, which includes provision for the introduction of the Alternative Vote in the event of a positive result in the referendum, as well as for the creation of fewer and more equal sized constituencies." The AV referendum was delivered. The fact that the Yes side lost does not alter the fact.

Far more important is the principle of fairness, which Nick Clegg says he believes in. Neither the AV referendum result, nor the failure of House of Lords reform, can alter the simple principle of fairness: that votes should be of more equal weight, so constituencies should be of more equal size, so a vote matters the same where ever it is cast. Now Liberal Democrats find themselves in the invidious position, having argued for a ‘fairer’ and ‘more proportional’ electoral system, while they are blocking the reform they have voted for and which would deliver what they say they believe in.

Nick Clegg is the minister in the government who has personally overseen this boundary review. He committed taxpayers’ money to get it done in double quick time – in time for the 2015 election. In succeeding in today’s vote in delaying implementation of that same review which he championed, he has deliberately chosen to have next election fought on boundaries that he himself has argued is unfair, and which they had the chance to make fairer. Is that what ‘coalition in the national interest’ is all about?

There was always something astonishing about the emergence of this coalition. This incident cements in the mind of Conservatives that this coalition was more about expediency than principle: that the national interest is just a soundbite to those who hold power more dearly than integrity. Deficit reduction, schools reform, reduced welfare dependency, a referendum on Europe – all these show that Conservatives hold the moral high ground - and we should stand on it. If the LibDems flounce out, who will the voters respect more? Their lack of principle simply shortens the life of this coalition.
Posted by Cllr Patrick Warner at 09:23