US 'supercops' backed by Theresa May

Foreign police chiefs will be allowed to run British forces for the first time under plans to be outlined within days.

Theresa May, the Home Secretary, intends to change the law to allow candidates such as Bill Bratton, the former head of the New York police, to fight crime in the UK.

Mr Bratton was blocked from applying for the role of Metropolitan Police Commissioner amid objections that his appointment would have torn up the convention that British citizens should police their own communities.

The reforms would also end the requirement for officers to work their way up from the lowest ranks, and seek to recruit more graduates and former Army officers.

A Home Office spokesman said: “This government wants to attract the best and brightest candidates into policing, people who have the right skills and expertise to forge a force fit for the 21st century.

“By opening up the police to a wider pool of talent, forces will be able to bring in people with diverse backgrounds and new perspectives.

“Combined with the strong leaders already working in forces, and the improved nurturing of internal talent through the College of Policing, we will have a police force that is even better at fighting crime.”

Ministers want to allow former Army officers and up to 80 of the brightest university graduates to make “direct entry” into the police without beginning their careers on the beat.

Former military, business and security service personnel with “exceptional” abilities will be allowed to enter the police as superintendents. Leading graduates will be recruited at inspector level, under the plan.

Mrs May will launch a consultation on the plans later this month in an effort to win the support of police groups.

However, Derek Barnett, president of the Police Superintendents’ Association, rejected the notion that there was “a shortage of talent” in the police service.

The Association of Chief Police Officers has also previously criticised suggestions that a foreign candidate such as Mr Bratton would be suited to running a British force.

Mr Bratton advised David Cameron on tackling gang warfare in 2011 but was ruled out of the running for the post of Scotland Yard commissioner after protests by British police leaders.

Mr Bratton was credited with cutting crime in New York with his “zero tolerance” approach to crime, including minor offences, when he was in charge of America’s two largest police departments in New York and Los Angeles, as well as in Boston. 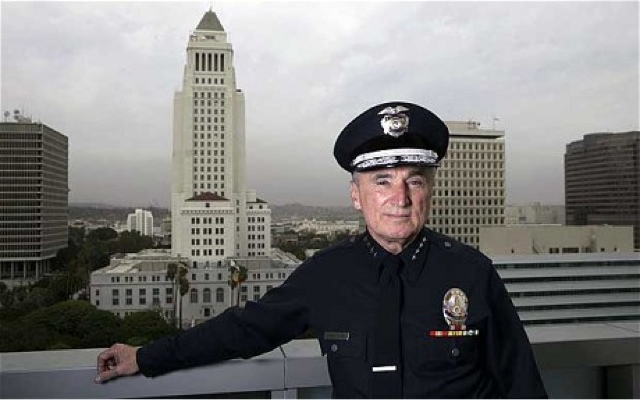 Posted by Cllr Patrick Warner at 23:05