My View: The PM's Europe Speech & the proposed Referendum

I have always been on the more traditional, eurosceptic wing of the Conservative Party and I share the frustrations of many in the country at what seemed over the Blair/Brown years to be an EU strengthening its grip on member states, interfering more and more in our daily lives and rendering our national politicians powerless to make many of the decisions that could improve our lot for fear of lengthy and costly battles in the ghastly European Court of Human Rights.

I have to admit to being concerned in the run up to Prime Minister, David Cameron's long awaited Europe Speech. Had he understood what the ordinary man and woman on the street thought about the EU?, would he have been persuaded by European Leaders to water down his comments? or would he be seen merely as trying to pull off a trick that dealt with the threat from UKIP?

What I heard (and have since published on this blog as the full text of the PM's speech) was a speech that was more appropriate than I could have hoped for. He paid respect to those who in previous wars have fought for all of Europe to enjoy the freedoms we are fortunate to enjoy in Britain. He paid tribute to the peace that has prevailed in Europe since those sacrifices were made. He pointed out correctly that whilst peace had been achieved, the challenge was now to secure prosperity. Prosperity that will he says only be achieved by making the EU more fit for purpose and by responding to the challenges that come from outside the EU from surging ecnomies of the east and the south.

The facts recognised by many are that the EU is no longer fit for purpose and must change, both to deliver prosperity and to retain the support of people all over Europe. The Prime Minister went on to point out the differences between the Continent and those of our United Kingdom and I believe he put this just right when he said "We have the character of an island nation - independent, forthright, passionate in defence of our sovereignty. We can no more change this British sensibility than we can drain the English Channel". But this was not merely sabre rattling, he went on to describe the many historical links we have with Europe that could never be wiped away and how Europe needs Britain.

Whilst David Cameron made it clear that he still believed Britain's future would be best served by remaining a member of a revised EU that gives the people of our great nation a fairer deal in so many areas, he has been brave enough to say that if a Conservative Government is re-elected in 2015, once he has done his best to create a strong case to stay, he then trusts the people to say yes or no in an in/out referendum within the first two years of the new parliament.

I've held off writing this blog so that I could observe reaction. I was encouraged to see how well it was received by business leaders, amused at the difficulty experienced by British political opponents who don't appear to have any valid challenge and thoroughly heartened by the response of people I speak to on a daily basis in the many different walks of my life. I was however surprised by the comments made by German Chancellor, Angela Merkel for whom the measured positive response she issued seems to show that for her at least the penny has dropped and I hopes she manages to get some of her less careful neighbours to think more carefully before making offers to roll out the red carpet for our departure.

So what of the future? I have no doubt at all that David Cameron will be a man of his word and along with his ministers, set about negotiating a better deal for Britain. Do I believe that he will be able to negotiate enough concessions to convince the people to vote to stay in after 2015? I must say that I doubt that the cumbersome, hugely inefficient EU organisation and its most passionate advocates of no change, will be able to move far enough to make me vote to stay but I don't think that anyone will be able to do any better than this Prime Minister in trying and I genuinely wish him the very best in these negotiations.

How will I vote in the proposed referendum? I think it is highly likely that I will feel the need to vote to pull out but I shall promise to consider carefully all of the facts at the time before deciding. Just as I am prepared to wait this little bit longer to see what can be achieved however, I would also like to see detailed planning take place as to how we would manage outside the EU if the public decide to vote leave. I would like to see a nation that is not only proud of its history but confident about its future and ever more determined to suceed it what will surely be an even more competitive marketplace.

Finally, I would also like to see legislation passed from the current UK Parliament to reduce the number of MP's from 651 to 600 and even up the size of constituencies so that the General Election result in 2015 is a more representative one of the British people's wishes and finally, I would appeal to those members of my party who have previously been frustrated enough to leave for UKIP, to consider coming home to make a Conservative victory more possible and to ensure that the British people get to decide our future at the referendum. 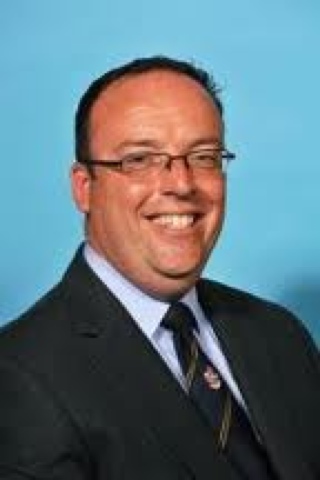 Posted by Cllr Patrick Warner at 06:17