The last of the protesters at the site of the proposed Hastings-Bexhill link road have been removed.

A handful of people who had remained locked to branches high in the trees at Crowhurst have now been brought down.

The final protester was arrested on suspicion of aggravated trespass and obstructing police, bringing the total number arrested to 26.

Police said that 17 of the 26 have been charged, mainly with obstruction, assault and aggravated trespass.

Activists have been trying to delay the building of the road - which will link the A259 and B2092, crossing Combe Haven Valley near a site of special scientific interest.

East Sussex County Council says protests have already delayed it by a year and cost council taxpayers hundreds of thousands of pounds.

The council and business leaders say the road is vital for the region's commercial future, but opponents say the case for the road is not proven, and the £93.8m could be better spent on other projects and services. 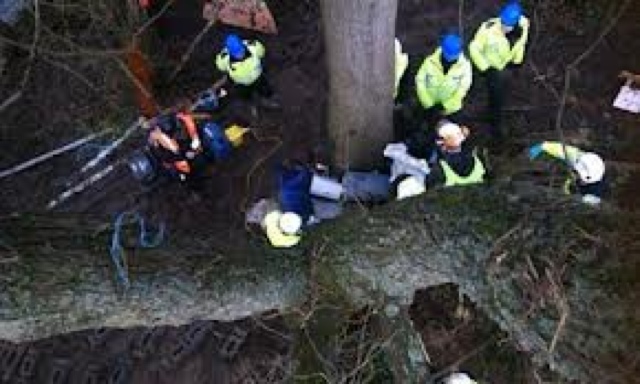 Posted by Cllr Patrick Warner at 14:51