"It’s snowing, and it really feels like the start of a mini ice age" says Boris

Something is up with our winter weather. Could it be the Sun is having a slow patch?

"The Sun is god!” cried JMW Turner as he died, and plenty of other people have thought there was much in his analysis. The Aztecs agreed, and so did the pharaohs of Egypt. We are an arrogant lot these days, and we tend to underestimate the importance of our governor and creator.

We forget that we were once just a clod of cooled-down solar dust; we forget that without the Sun there would have been no photosynthesis, no hydrocarbons — and that it was the great celestial orb that effectively called life into being on Earth. In so far as we are able to heat our homes or turn on our computers or drive to work it is thanks to the unlocking of energy from the Sun.

As a species, we human beings have become so blind with conceit and self-love that we genuinely believe that the fate of the planet is in our hands — when the reality is that everything, or almost everything, depends on the behaviour and caprice of the gigantic thermonuclear fireball around which we revolve.

I say all this because I am sitting here staring through the window at the flowerpot and the bashed-up barbecue, and I am starting to think this series of winters is not a coincidence. The snow on the flowerpot, since I have been staring, has got about an inch thicker. The barbecue is all but invisible. By my calculations, this is now the fifth year in a row that we have had an unusual amount of snow; and by unusual I mean snow of a kind that I don’t remember from my childhood: snow that comes one day, and then sticks around for a couple of days, followed by more.

I remember snow that used to come and settle for just long enough for a single decent snowball fight before turning to slush; I don’t remember winters like this. Two days ago I was cycling through Trafalgar Square and saw icicles on the traffic lights; and though I am sure plenty of readers will say I am just unobservant, I don’t think I have seen that before. I am all for theories about climate change, and would not for a moment dispute the wisdom or good intentions of the vast majority of scientists. 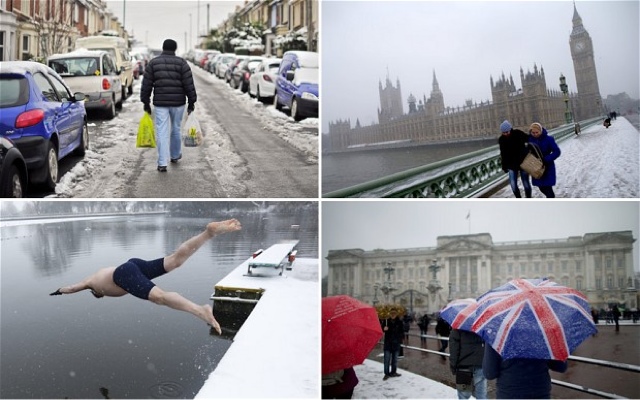 Posted by Cllr Patrick Warner at 14:14