David Cameron's attempts to cut the number of MPs at the next election are in tatters after Liberal Democrats exacted a brutal revenge for the collapse of House of Lords reform.

After an ill-tempered debate in which Tory and Lib Dem peers clashed angrily, the House of Lords voted by 300 to 231, a majority of 69, to delay boundary changes from later this year until 2018.

The crushing defeat for the Government was almost entirely due to Lib Dem peers - including several ministers - openly defying the Prime Minister and voting to sabotage the boundary changes.

A total of 72 Lib Dems voted against the Government, with none voting in favour. Six of the seven Lib Dem members of the Government frontbench in the Lords voted with Labour.

The Tories were desperately hoping to fight the next election under the new boundaries, which would have cut the number of Parliamentary constituencies from the present 650 to 600.

The Conservatives hoped the cut in constituencies could be worth another 20 seats, enough to put Mr Cameron back in 10 Downing Street without the need for a Coalition with the Lib Dems.

Senior Tories insist they will attempt to overturn the Lords defeat in the Commons, but with the Liberal Democrats now opposing boundary changes the move looks doomed as the Conservatives have so far failed to persuade the Scottish and Welsh Nationalists and Northern Ireland parties to back them.

The Lords debate, on an amendment to the Electoral Registration and Administration Bill, saw some acrimonious exchanges between Conservative and Lib Dem peers and bitter attacks from Tories on Deputy Prime Minister Nick Clegg.

The showdown on boundaries in the Lords had been postponed twice by former Lords leader Lord Strathclyde, who quit a week ago claiming the Coalition had broken down in the House of Lords.

One of the movers of the amendment was former Lib Dem chief executive Lord Rennard, who said boundary changes and House of Lords reform had been a package of constitutional reform.

"Many in my party take the view that the reduction in the number of MPs proposed in the boundary review should not take place without reform that would strengthen the legitimacy of this House," he said.

But former Tory Cabinet minister Lord Forsyth launched a scathing attack on the Liberal Democrats, accusing them of "cheating" the Prime Minister and "gerrymandering for political reasons".

"What we are seeing today is that the Deputy Prime Minister is going from cross to double cross, because that is what this is - it is a double cross," Lord Forsyth said.

"At no stage was the issue of House of Lords reform in any way attached to the question we are considering today. I have to say the Prime Minister is being cheated by his Liberal Democrat colleagues."

He said Tory parliamentary private secretaries in the Commons had been sacked for voting against Lords reform and called on Lib Dem ministers to resign if they wanted to opposed the Government.

"You don't take the Queen's shilling and then go through the lobbies and vote against the Prime Minister - and that is what is going to happen tonight and it is an absolute disgrace," he said.

Another Tory, political thriller writer Lord Dobbs, also hit out at the Liberal Democrats and said it was an invention that there was a link between constituency boundaries and House of Lords reform.

"The truth is that this is solely, sadly and cynically because the Deputy Prime Minister didn't get his way on House of Lords reform," said the author of House of Cards and To Play The King.

"Now he wants to exact a little retribution. It's nothing less than a great political sulk." 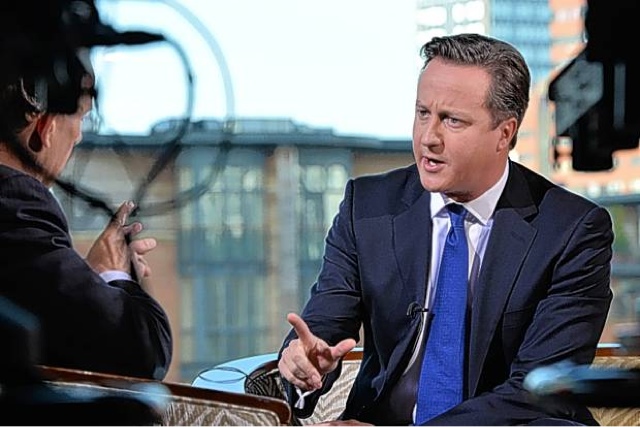