A Heritage Lottery funded project which first began at the Redoubt Fortress Military Museum, will soon be on display at a selection of venues along the East Sussex coast, as a brand new touring exhibition kicks off from 7 February starting in Eastbourne.


The Stitch for Victory Community Project began life at the Redoubt during the fortresses own Stitch for Victory exhibition in 2011. The project, led by an army of 12 dedicated volunteers, aims to research, document and celebrate the intriguing social and military history of ‘wartime stitch’.


The exhibition encompasses everything from the Home Front ‘make do and mend’ campaigns and the working parties who knitted comforts for the troops, to the women who stitched tirelessly in the factories and the soldiers who stitched English scenes as part of their rehabilitation.
The project began at the Redoubt in 2011 thanks to a grant from the Heritage Lottery Fund ‘Hidden Histories’, with the fortress calling on enthusiastic volunteers to come forward and help shape the project in exchange for valuable training in museum heritage skills.
The scheme included inter-generational projects, educational workshops and reminiscence sessions, along with oral history interviews across the county with people who have memories of sewing, knitting and embroidery during wartime.
The exhibition shares much of the information gathered and provides an historical account of the use of stitch during World War II from both a national and personal perspective, using images of textiles made by the interviewees at this time, reproduction letters and photographs.
The tour will take in a range of museums, libraries, schools, care homes and community centres throughout 2013, including venues in Eastbourne, Seaford, Newhaven and Hastings.
During the tour the exhibition can be viewed at the following Eastbourne venues:
7 – 8 Feb WRVS Russell Centre
20 Feb Age Concern, The Venton Centre
29 – 31 Mar The Redoubt – FREE entry for opening weekend
6 - 18 May Eastbourne Library
8 – 9 June The Redoubt – ‘Blackout & Bunting’ event
For more information on the exhibition visit www.stitchforvictory.org.uk.
For more information on the Redoubt visit www.eastbournemuseums.co.uk or telephone 01323 410300. 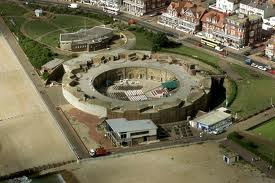 Posted by Cllr Patrick Warner at 04:07