Cameron And Clegg Reboot The Coalition

David Cameron and Nick Clegg have pledged their commitment to ensuring the coalition lasts until 2015 as they unveiled a string of new policy plans.
The leaders appeared at a press conference together to review the Government's progress in a re-run of their notorious Rose Garden double act in 2010.

Setting out their priorities for the next two-and-a-half years, they stressed their even stronger "sense of shared purpose" as they look ahead.

Key policies to be announced in the coming weeks as they aim to show the coalition still has momentum include action on childcare and state pensions.

There will also be moves on infrastructure investment to help boost the economy and plans on how to fund care costs for the elderly.

The review, which aides insisted was not a relaunch, is aimed at showing the Government is doing more than just tackling the deficit.

It came on the day much-criticised child benefit cuts started to bite, with the handout axed for top earners and tapered for those on £50,000-£60,000-a-year.

Mr Cameron declared that he and his deputy are "completely united on the big issues" and that it was "full steam ahead" for the Government right until 2015.

"This coalition was not and is not some short-term arrangement," he said. "It is a serious five-year commitment to give our country the strong, stable and determined leadership that we need for the long-term."

He claimed that he and Mr Clegg were even more united on the central policy areas than they had been in 2010 because of the huge challenges facing Britain.

"The road ahead won't be easy. There have always been issues on which we disagree and doubtless there will be more in the months ahead but the key point is not whether you have disagreements, it is how you handle them," he said.

The Prime Minister tried to dismiss talk of a political marriage but insisted the two leaders were still working to a five-year plan and would not "divorce".

"This is a government, not a relationship. To me, it's not a marriage. It is, if you like, a Ronseal deal - it does what it says on the tin," he said.

"We said we would come together, we would form a government, we would tackle these big problems and get on with it in a mature and sensible way and that is exactly what we've done."

Mr Clegg jokingly added: "Ronseal deal, you could call it the unvarnished truth." He continued: "We are committed to doing what we said - providing stable government for this country for five years."

The Lib Dem leader admitted that the Lib Dems had been attacked from both sides of the political spectrum for its role in the coalition.

But he argued that the Government would ultimately be remembered for major reforms to welfare, education and the tax system instead of for the drastic spending cuts.

The 46-page document called The Coalition: Together In The National Interest summarises the Government's achievements to date as well as setting our new plans.

Details of the policy pledges are still being thrashed out and proper announcements are expected to be rolled out in the coming months at the rate of almost one a week.

One of the first is expected to focus on extra help for families struggling to meet childcare costs.

Mr Cameron and Mr Clegg are said to be considering a scheme that would allow families to claim up to £2,000 per child every year from their tax bills to cover the cost of childminders and nurseries.

It could mean working parents becoming entitled to claim a flat-rate tax allowance to help cover the costly bills in a move that would replace the £700m voucher and allowances scheme.

Further reforms due to be unveiled before the Budget in March include:

:: more help for families who cannot raise a deposit for a mortgage;

:: "big new steps" on issues including pensions and "capping the potentially huge cost" of social care.

:: consulting on how to get private investment into motorways and trunk roads.

:: extending the HS2 high-speed rail line from Birmingham to the north of England.

The review comes after Mr Cameron insisted at the weekend that the partnership had a "full tank of gas" and indicated he wanted to stay Prime Minister until 2020.

The Prime Minister's official spokesman described the review as a "stock-take" and said it did not supersede the 2010 coalition agreement document.

Several senior ministers, as well as officials and other aides, were involved in putting together the review and it was presented to Cabinet for the first time on Monday morning.

:: David Cameron said he would support the continuation of televised general election debates between the party leaders.

"I'm in favour of them, I think they are good and I think we should go on having them, and I will play my part in trying to make that happen," he said. 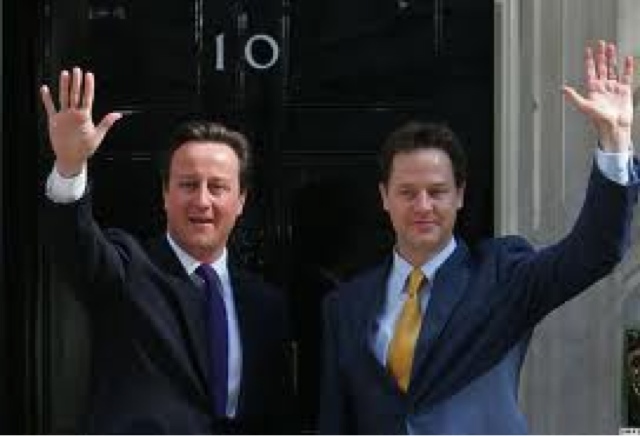 Posted by Cllr Patrick Warner at 08:08