Find out why Eastbourne Residents, Chris & Jean Clark support the campaign to #upgradeA27now

Eastbourne residents, Chris & Jean Clark use roads all over Sussex regularly as writers, reviewers and champions of all of the best that Sussex has to offer! They were really pleased to add their support to the campaign this week and here's what they had to say:

"I use the A27 a lot and am constantly frustrated by its narrow sections, windy bits (I'll never know how the Barley Mow hasn't been demolished by a lorry on those bends - with a garage opposite adding to the danger) and tractors leading miles of cars along at 5mph.

But strangest of all is the decision to build miles of executive cycle lanes alongside the road. If that land was available surely it should have been used to widen the road into a dual carriageway, as on the section westwards from Beddingham. If Norman Baker had a hand in that he clearly didn't do any research - on my journeys three or four times a week, the sight of a cyclist is very rare indeed.
And what cyclists want is the open road and fresh air - not cars belching out choking fumes inches away from them. As with the arguments about the A259 to Hastings, a dual carriageway would speed traffic, reduce fuel consumption, boost the local economy, cut the number of crashes caused by delayed drivers overtaking on the stupidest spots .. and stop tractors (doing their essential work in their rural area) having to pull over frequently to let the hordes past".

"When we considered re-locating from London to Eastbourne in 1996, the only inhibiting factor was the treacherous A27 road between Lewes and Polegate, but we were reassured that a dual carriageway and overall improvements in safety were on the agenda and being prioritised. Just before Christmas 1999, the James Bond Q actor, Desmond Llewelyn, was killed in an horrific head-on crash on the notorious Firle Stretch after a book-signing in Alfriston. And the carnage continues.

Every day I tune in to the travel news on BBC Radio Sussex and listen to reports of slow-moving traffic, overturned vehicles at the Drusillas roundabout, pile-ups around Middle Farm, accidents near Wilmington on hidden bends, collisions at the Polegate traffic lights and, far too often, fatalities.

How long is it going to take before local politicans and the government wake up to the fact that many more lives are going to be lost and families destroyed if this lethal stretch of the A27 isn't subjected to an immediate and urgent review?

In August 2002, the Government Office for the South East commissioned Halcrow to provide a detailed report* of highways in East Sussex with a view to improve safety, reduce bottlenecks, increase accessibility, provide relief to nearby villages and support regeneration. One of the 10 recommendations specifically focused on the road between Selmeston and Wilmington.

And in 2006 Liberal Democrat MP for Lewes, Norman Baker stated that he was, "very pleased that my longstanding campaign for safety improvements [on the A27] is proving successful and that we also now have a timetable for when much of the work will be carried out."

Oh really, Mr Baker, and when can we be expecting this timetable of works exactly? No doubt you would prefer us all to catch trains that are dirty, unreliable, increasingly and inhibitingly expensive with replacement bus services on Sundays, high days and holiday.

Along with my husband Chris, I wholeheartedly support Patrick Warner's cross party campaign to upgrade the A27 as a matter of urgency".

If like Chris & Jean you feel strongly that action is needed on the A27 now, please click the following link to sign the e-Petition so the Government knows how strongly people feel about it and encourage your friends, family and colleagues to do the same: http://ow.ly/1PGSPZ 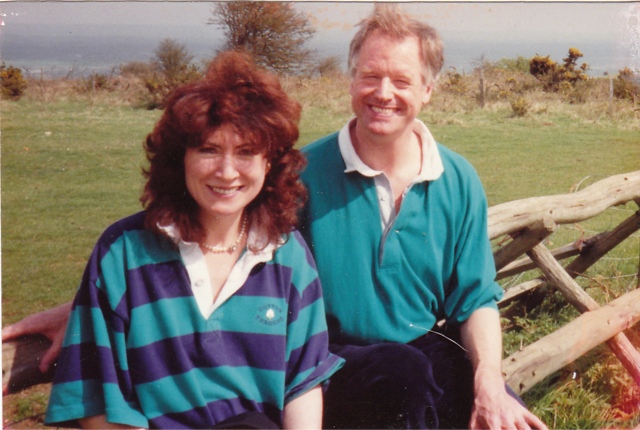 Posted by Cllr Patrick Warner at 02:25