Why our work on troubled families is so important

By Eric Pickles, Secretary of State for Communities and Local Government

With the Government publishing a report on the cost to taxpayers of problem families, Eric Pickles argues that tackling the problem is about more than just saving money.

A little over a year ago the Prime Minister made a personal commitment to turn around the lives of the 120,000 most troubled families by the end of this Parliament.

And when you look at the report my department has published today on the financial costs to council taxpayers of problem families you can see why this work is so important.

When you hear that three per cent of families from Solihull account for almost a fifth of local authority spending (18%) you have to wonder what's going on.

That can't be right at any time. But during a period of austerity, when we are still tackling a legacy that left us with the largest overdraft in the European Union it is even less justifiable, especially when hard working people continue to bear the brunt of anti-social behaviour in their communities.

In Greater Manchester 40 per cent of five year olds aren't ready for school despite the investment in Sure Start and other well meaning schemes.

In Oldham alone families are confronted with a bewildering array of more than 200 services and, as one of our troubled families co-ordinators openly admits "we don't even know whether this represents" the full picture

In Cheshire West just one family had 153 interventions in 12 months - almost three a week - at a total cost to the taxpayer of £93,000. That’s more than most people see their local council in a lifetime.

However the troubled families programme isn’t just about the pounds, shilling and pence. Between the lines of today’s report you also glimpse the scale of the human cost.

Because it’s only when you take on board the people, that the abstract millions and billions begin to crystallise into real families.

It’s also only then that you start to appreciate what's really at stake here and get a sense of the urgency I feel about this agenda.

Because the truth, I suspect, is that everyone who works in the public sector has always felt a lingering sense of guilt about these families, that in some way along the line we have dropped the ball.

It is that sense of focus which is precisely why our approach to these families is markedly different from the past. It was a troubled families co-ordinator from Solihull who summed up all that was wrong about the old way of doing things. “We are often responding to presenting need within a family which has resulted from failure of previous service interventions," she said. This can be expensive…and result in duplication as we respond to repeated patterns of behaviour”.

So we're encouraging councils to sort out troubled families through payment by results. If they get troublesome kids off the streets and into schools, where they belong; reduce youth crime and anti-social behaviour across the whole family; and help put parents on a path back to work; then they will be rewarded as it will help bring down council tax bills and divert cash into improving services

It’s about making better use of our resources but also something bigger about aspiration for all and helping people get on in life. And the value of that success is priceless. 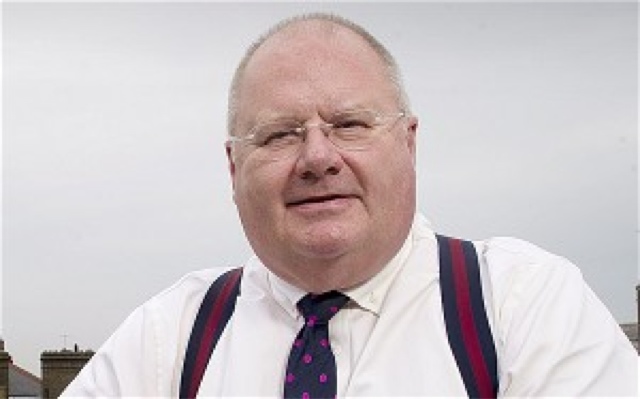 Posted by Cllr Patrick Warner at 14:53