Boris Johnson: Only a coward would deny the people their voice on Europe

Well, folks, the choice is clear — and I suppose there must be some people out there who approve of the bizarre and defeatist policy of Labour leader Ed Miliband.

There must be at least a couple of readers who think the EU is just maaaahvellous in every respect. Perhaps you are one of them? Perhaps you think the whole Brussels set-up is beyond improvement, and that it is somehow vulgar to try to get a better deal for Britain. You may be one of those people who think the EU Commission has a perfect right to regulate everything from the working hours of junior doctors to the maximum permissible odours of dungheaps to the exact colour of a Danish frankfurter — and that none of these regulations is promulgated in a way that is remotely burdensome or expensive.

You may be so deluded as to believe that the performance of the European economy is a cause for rejoicing, and that the euro is a masterpiece of economic planning. When people suggest that things could be rearranged or improved, you may be one of those whose instinct is to spring forward angrily, like some whiskery babushka in a communist museum, crying, “Don’t move it! Don’t touch it! Don’t touch a thing!”

Are you such a person? Do you think there is nothing we can do now to reform the economic model of the EU? Do you think it is impossible to negotiate a better deal and to reduce some of this profusion of non-wage costs — in the interests of Britain and Europe?

Are you so utterly despairing of Britain, and of Britain’s persuasive power, that you don’t think we in Britain could lead such a negotiation? I cannot believe that you are, or that you hold any of these nonsensical opinions.

I was amazed when Ed Miliband announced last Wednesday that the Labour Party was ruling out a referendum. I don’t know whether his response to David Cameron’s speech was long-meditated — like the speech itself — or whether it was a kneejerk thing.

Either way, he has blown it big time. He has painted himself into a corner. He has entered a lobster pot, and he is going to find it hard to back out with any kind of dignity — though I have no doubt that he will soon begin to try.

His position, first, is so flagrantly and absurdly anti-democratic. Plenty of countries have had referendums — but not Britain. The French, the Dutch, the Danes, the Irish — they have all been apparently grown-up and well-informed enough to be allowed to vote on a European treaty. We haven’t been allowed to say yes or no to the EU since 1975. We were teased and then disappointed over the Lisbon Treaty, when a cast-iron promise proved to be legally impossible to deliver.

Now is the moment: because it is quite clear that the EU is evolving into something very different from what we joined. The institutions we pay for — the Commission, Council, parliament, court etc — are being used to support the creation of a federal state: the fiscal union that is deemed necessary to save the single currency. That was not on the agenda in 1975. It is entirely right that we should have a renegotiation and then put the result to the people — and the weakness of Ed Miliband’s position is that the so-called People’s Party will do anything to keep the people out of the discussion. Worse still, his do-nothing posture is complacent.

Look at the global economy: America is on the verge of a recovery; China is growing at 8 per cent. There is one great area of low pressure, one zone of gloom and despond — and it is the old and greying continent of Europe.

Surely to goodness there must be scope for reforming the EU and helping it to become more competitive. A lot of these extra non-wage costs are contrived at the Brussels level — and when Britain calls for reform we find support from around the table, from Germany, from Scandinavia, and from Holland — among others.

It is, finally, utter cowardice of Miliband to refuse to allow Britain the chance to improve things — to get a better deal for Britain and Europe. He pretends to be nervous that Britain would leave the EU, and that the people — them again! — would be so irresponsible as to say no to whatever new treaty was produced.

As it happens, I think most people would want to stay in the single market, and that that is the most likely outcome. But it is also clear that the world has changed unimaginably in the past 40 years; that Britain’s destiny is to build links with the BRICs and other emerging markets, as well as Europe and the US. Provided we protected free trade — in the EU interest as much as in ours — I am not sure exit would be quite the catastrophe some people claim.

Miliband has ruled out a referendum not because he cares about the UK or Europe, but because he wants to avoid the kind of split that sunk Labour in the 1970s and 1980s. It won’t work. He will either do a humiliating U-turn, or go into the election with a suicidal commitment to ignore the British people. Britain, and Europe, deserve better. 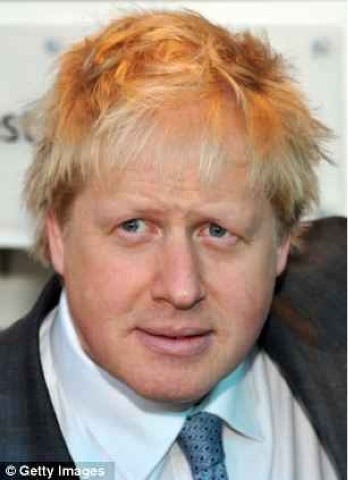 Posted by Cllr Patrick Warner at 12:39