Regular readers of my blog will know my passion for supporting British business knows few bounds. I recall reading when John Major was promoted to Cabinet by former Prime Minister, Margaret Thatcher, he was ordered to replace his Mercedes with something British as she didn't like her Cabinet members to be seen not supporting home brands, he sensibly opted for a Jaguar at the time!

However, The Sun reports that David Cameron and his ministers have been urged to back UK business — by dressing exclusively in British-made clothing.
The Sun yesterday revealed that the PM wears M&S pants.

Clothing boss James Eden now wants him and other members of the Cabinet to go further and wear “real British from top to toe”.

His call comes amid growing tension between firms selling UK-made clothing and others who market themselves as British but make clothes overseas.

Mr Eden of Salford-based PRIVATE WHITE VC said: “We’d like to see them lead by example and wear British. It would boost those in the industry that are British-owned and use British components. People need to look beyond packaging and slogans used by some UK retailers. A Union Jack on a tag is not enough.”

Industry experts said it would be simple for the PM to adopt all British gear — as we show on the right.

He often jogs in trainers made by US giant NIKE, but he could wear shoes made by NEW BALANCE of Flimby, Cumbria or Bolton-based WALSH SPORTS. Ministers could go to work in brogues made by JOSEPH CHEANEY & SONS, a 127-year-old Nottingham-based firm.

Home Secretary Theresa May could spice up her image with FRANK & FAITH knitwear, or maybe, when away from the chamber, in lingerie from UK-made KINKY KNICKERS.

The Buy British row erupted last year when we revealed neither HACKETT nor JACK WILLS, which trade on their British heritage, made anything in the UK.

Shirt-maker CHARLES TYRWHITT makes only ties, shoes and scarves here. Local government minister Don Foster — in an M&S suit — said: “It makes sense for all politicians to back British items.”

If like me, you wish to 'Buy British', you may like to check out this website www.buybritish.com to find out more about how you can support our home grown manufacturers. 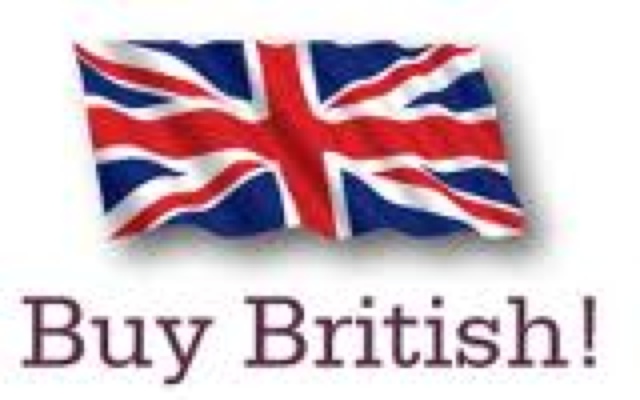 Posted by Cllr Patrick Warner at 05:34