Snow: No One In UK Safe As Big Chill Sets In

Icy winds from Russia are set to whip up a fortnight of wintry weather across the UK, with forecasters warning of snow in most parts of the country.
The unseasonably mild start to the year is expected to give way to temperatures as low as minus 5C, caused by an area of high pressure developing over Scandinavia.

Cold air moving in from the Baltic and western Russia will clash with milder air and Atlantic weather systems arriving from the west, with the UK directly underneath.

Paul Gundersen, chief forecaster at the Met Office, said: "All parts of the UK will see cold weather setting in over the weekend.

"We can expect sleet and snow showers to affect eastern areas at times, but with a battle developing between the cold air in the east and mild air pushing in from the west, no one should be surprised to see sleet or snow over the weekend and next week."

Sky News weather forecaster Isobel Lang it was "too early to give details on how much snow will fall and where.

"This is complicated by the fact that we are in the zone between cold air to the east and milder air to the west and at times one will become more dominant than the other."

A dusting of hill snow is expected in the north before snow showers reach southern and eastern areas this weekend.

The Met Office said the wintry weather could last until around January 23 when the outlook is more uncertain.

Ms Lang said: "As wet weather spreads east across England and Wales on Saturday, some snow is likely, especially over hills but perhaps down to low levels later as the front clears southeastern areas.

"A chill east wind will feed in further snow showers to eastern Britain during Sunday, although western parts should be dry and bright.

"A covering of snow is likely over higher ground but some may settle at low levels too. Temperatures on Sunday may only reach around 2C to 4C at best." 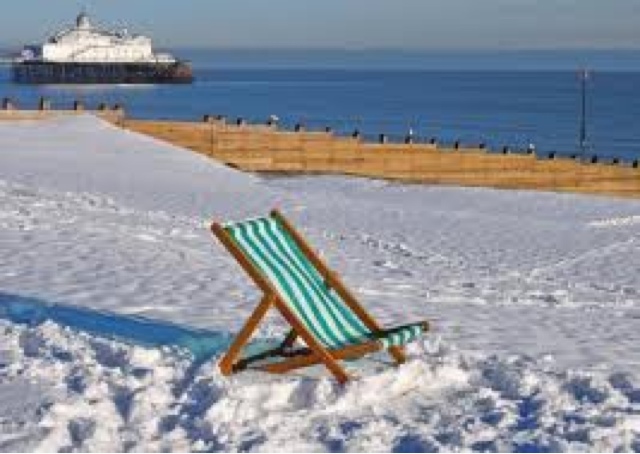 Posted by Cllr Patrick Warner at 06:22