Defence chiefs have drawn up new contingency plans designed to prevent hostile action by Argentina towards the Falkland Islands.

A series of military options are being actively considered as the war of words over the islands intensifies.

It is understood that additional troops, another warship and extra RAF Typhoon combat aircraft could be dispatched to the region ahead of the March referendum on the Falkland Islands’ future.

The options being proposed by planners at the Permanent Joint Headquarters in Northwood, north-west London are also said to include a “show of force” such as conducting naval exercises in the South Atlantic.

These could involve the deployment of the Royal Navy’s Response Task Force Group, a flotilla comprising destroyers, a frigate, a submarine and commandos.

Alternatives include deploying elements of the Army’s 16 Air Assault Brigade — the airborne task force which includes members of the Parachute Regiment — which has just completed a series of demanding exercises in Spain preparing for “general war”.

The Government is expecting a 100 per cent “yes” vote when the islanders are asked on March 11: “Do you wish the Falkland Islands to retain their current political status as an Overseas Territory of the United Kingdom?”

Intelligence chiefs have warned David Cameron that a resounding “yes” vote could lead to an aggressive “stunt” by the Argentine government, such as the planting of the country’s flag on the island by a small raiding party.

Other possibilities include a “cod war” style harassment campaign by the Argentine navy of the Falklands’ fishing fleet and the disruption of British oil and gas exploration.

Such a move, officers have warned, could quite quickly escalate into aggressive action if the Royal Navy was ordered to intervene.

Senior sources emphasised that in drawing up the contingency plans they were acting out of prudence so that nothing would take them by surprise.

A senior defence source told The Telegraph: “Britain needs to be in a situation to respond very quickly to a whole series of threats — that is why we have contingency plans. Our posture has not changed but neither are we complacent.

“There are a number of contingencies to deal with any threat to the Falklands and they are currently being reviewed. No orders have been given to any military unit at this stage but prudent planning within all units who could be deployed in the event of a crisis is taking place.

“That is quite normal. Commanders like to be two steps ahead rather than two steps behind.”

With more than 8,000 soldiers from five infantry battalions, including the 2nd and 3rd battalions of The Parachute Regiment, which both fought in the first Falklands conflict in 1982, 16 Air Assault Brigade is trained and equipped for short notice rapid deployment operations.

While no official “warning order” has been issued, it is understood that the brigade’s staff already have contingencies prepared for deploying elements of the force — such as a 150-strong company group — to be flown to the Falklands via Ascension Island, in a matter of hours if needed.

Members of 3 Para recently returned from the islands as part of a routine deployment and would be perfectly placed to brief additional troops deploying at short notice.

The Parachute Regiment’s training in Spain covered rapid deployment and engagement with conventional enemies - different from the training most army units have undergone for the past decade for fighting in Iraq and Afghanistan.

Around 1,500 troops are permanently based on the islands, along with four RAF Typhoon jets and anti-aircraft and artillery batteries. Prince William recently served with the RAF’s search and rescue helicopter unit based at Port Stanley.

One of the Royal Navy’s nuclear powered submarines is always on notice to move to the region if the diplomatic situation deteriorates.

Last year HMS Dauntless, a Type 45 destroyer and one of the Royal Navy’s most capable vessels was dispatched to the South Atlantic during the 30th commemoration of the war.

Despite the increasing hostile rhetoric from Argentine president Cristina Kirchner, the British government believes that Buenos Aries currently lacks both the political will and military capability to recapture the islands.

But the Prime Minister has told his cabinet and senior defence chiefs that Britain should not be complacent and must be fully prepared for every eventuality.

Just last week the Mr Cameron insisted that Britain would not shirk from defending the islands if Argentina attempted another invasion.

Referring to a recent briefing on the Falklands at a National Security Council meeting, the Prime Minister said: “I get regular reports on this entire issue because I want to know that our defences are strong, our resolve is extremely strong. We have strong defences in place on the Falkland Islands, that is absolutely key, that we have fast jets stationed there, we have troops stationed on the Falklands.”

In a separate development two British P&O cruise ships have axed plans to dock at three Argentine destinations because of the growing tensions over the Falklands. The liners - Arcadia and Adonia - are also visiting Port Stanley, the capital of the Falkland Islands, on the cruises leaving Southampton next month.

Recently, Argentinian port authorities have refused permission for cruise ships that have been to the Falklands to dock as tensions over the islands continue to simmer.

Argentina is facing serious economic problems and President Kirchner’s popularity ratings have never been lower. But one of the few unifying forces within Argentine politics is the country’s claim over “Las Malvinas” - the Spanish name for the islands.

General Leopoldo Galtieri’s military junta - many Argentines support the country’s claim over the islands. Argentine armed forces occupied the islands in April 1982 in the belief that Britain would never mount a military operation to recapture them.

But a task force was dispatched to the South Atlantic and by June 14, the entire occupying force had surrendered. In total around 900 troops from both sides died in the fighting on the islands and almost 2,500 were injured. A further 320 Argentine sailors were killed when the cruiser General Belgrano was sunk by the submarine HMS Conqueror.

Last night Brigadier Bill Aldridge, Commander of British Forces in the Falklands said: “Deterring aggression is my top priority but I am fully confident that I have the capability to defend the islands.

"I am not expecting to hand the islands over to anybody and therefore put us in a position where we would have to retake them.”

A spokesman for the Ministry of Defence, added: “Our overall military posture on the Falkland Islands remains unchanged and they remain well-defended.

"The Ministry of Defence has always had contingency plans in place to increase the military footprint in the South Atlantic if required.” 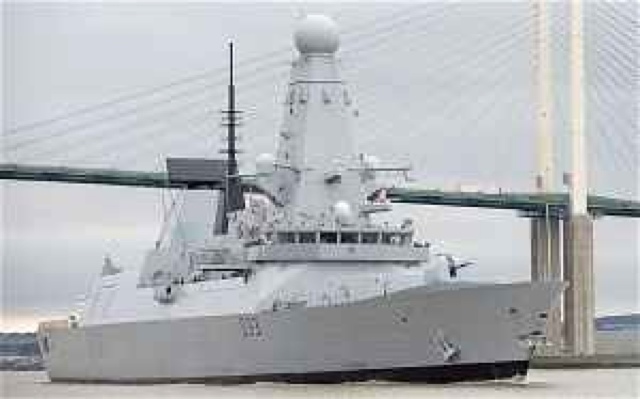 Posted by Cllr Patrick Warner at 14:32